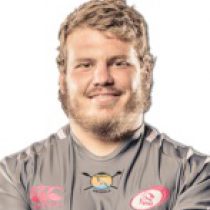 Playing hooker and prop, the utility front rower played junior provincial rugby for the Bulls until U18 level. Making the South African Schools team in 2011 saw Coetzee being picked up by the Sharks in 2012 where he quickly established himself in the U19 & U21 teams. Strong performances in 2013 earned Marne a call up to the IRB Junior World Championship and a Currie Cup debut in the same year.

During the 2015 season Coetzee represented UKZN in the Varsity Cup before he signed a deal to join the Pumas.