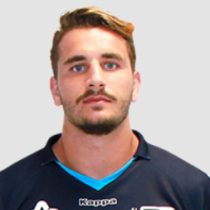 In March 2017, he signed a 3-year contract with the Montpellier, the same year he was selected with the French Barbarians to face the Maori All Blacks at the Stade Chaban-Delmas in Bordeaux.

In December 2019, he signed a new deal with Montpellier that will see him with the club until at least 2023.