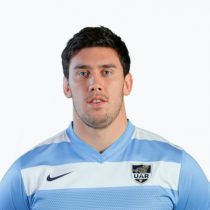 Alemanno was a member of the Argentina U20 squad that competed in the Youth Championships of 2010 & 2011.

He was a member of the Pampas XV for the 2013 Vodacom Cup in South Africa and was also on tour with Los Pumas in 2014.

He made his debut for Los Pumas against Uruguay in May 2014 & was selected for the 2014 Rugby Championship & 2015 Rugby World Cup, scoring a try against Namibia.

Alemanno signed with the Buenos-Aires based Jaguares and played 10 times during the 2017 season scoring two tries.

As of September 2019, Alemanno has made 57 caps for his country. He recorded a total of 46 appearances for the Jaguares in Super Rugby, before the competition was brought to a halt following the COVID-19 outbreak.

In July 2020, Alemmanno made the switch to the Premiership signing for Gloucester.