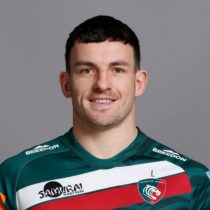 A play making centre with predatory try scoring instincts, Scott has established himself as one of Scottish rugby’s brightest young prospects. After impressing for Scotland at age grade levels(U-19 and U-20) and formative club Currie RFC, Scott joined Edinburgh, where he immediately became a starter.

Scott’s impressive first season for Edinburgh prompted the club to offer the Dunfermline born man a two year contract extension in January 2012. After his stellar first season at club level, it was inevitable that Scott would soon make his international debut, which he did, against Ireland in the 2012 Six Nations.

In the same year, the centre made his first international start in the historic 9-6 victory over Australia in New South Wales and continued as first choice for the other wins over Fiji and Samoa.

Scott played a key role during Edinburgh’s successful 2011/12 season in which they became the first Scottish team to qualify for a European Cup semi-final.

Following the 2015 tournament underwent shoulder surgery which ruled him out of rugby for five months until the world cup warm up games.

Appeared in Scotland's four pool games at RWC2015 scoring a try against USA.

Has gained only three caps since RWC2015, starting against England last year in the RBS 6 Nations and playing both tests on the tour to Japan last summer.

In May 2017, Scott was named in the Scotland squad for the three-Test summer tour. The Gloucester centre has won 37 caps to date. In February 2018, Scott signed a two-year deal to re-join Edinburgh after two seasons in the Premiership with Gloucester.The centre, who crossed the whitewash 15 times during a five-year spell with Edinburgh, will re-join the squad in the summer.

Scott arrived at Leicester during the mid-season break in 2019/20 and made six appearances before the end of the campaign.