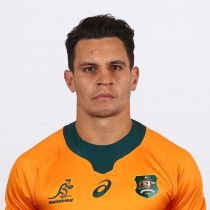 Equally as comfortable in the 10 or 12 jerseys, with silky-smooth skills, Toomua makes the playmaking role look easy as he glides across the pitch looking for options. Once one of the Brumbies' biggest lifters in the gym, Toomua is constantly working on his game, body and mind to ensure he is in perfect condition come game day.

Unfortunately for Toomua, 2012 was one he would personally rather forget with a serious knee injury sidelining him after just three games. It came as a massive blow to the aspiring young playmaker, who had turned in Man of the Match performances in two of the three trial matches played during Brumbies pre-season

A Wallaby tourist in 2010, Toomua has often found himself on the wrong end of serious injuries with a broken jaw just minutes into his national debut ruling him out of the rest of the spring tour. And while that mid-week appearance did not hold Test match status. However, Toomua's impressive form after recovering showed he was clearly up to challenge and was one of the most consistent players throughout the 2013 season.

As happy in the defensive line as he is on the attack, Toomua has worked hard to have no inconsistencies in his game. His incredible leg strength is the envy of some forwards and with calf muscles the size of junior rugby balls, it’s not hard to see why.

After he featured for the Wallabies in the 2015 Rugby World Cup, Leicester Tigers announced that Toomua had signed a three-year deal with the club.

Toomua was unlucky in his first year at Tigers, suffering a season-ending knee injury in the win over Racing 92 just a week after his debut against Glasgow in the Champions Cup. But he returned to play a major role in 2017/18 when he was named Supporters’ Player of the Year and included in the Premiership Team of the Season.

In November 2017 he signed a contract extension to stay with Leicester Tigers up to 2020. In August 2018 Leicester Tigers confirmed that Toomua will be granted an early release of his contract at the end of the 2018/19 season to return home to Australia and take up a two and half year deal with the Melbourne Rebels and Rugby Australia.

During his time at Leicester Tigers, he made 41 appearances for the club before he joined the Rebels in May 2019.

He was selected for the Wallaby World Cup Squad where he went into the tournament with 46 Tests under his belt.

To'omua would go on to play in all five of Australia's matches in the tournament, including the Wallabies' quarter-final loss to England.

In July 2022, To'omua announced that he would be leaving the Rebels with an eye to playing overseas.