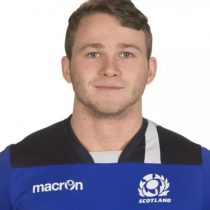 A product of the Leinster Academy, Irish-born McFarland qualifies for Scotland through his grandfather from Glasgow and represented Scotland 7s previously at the 2014 Grand Prix Series in Manchester.

The 24-year old has represented Ireland at all age-grade levels up to and including U20s and won the All Ireland League with his club Clontarf in 2015.

In his time in Scotland previously, the winger trained with Edinburgh Rugby and played for both Boroughmuir and Watsonians in the BT Premiership. He returned to Scotland having spent a pre-season with Munster.

In November 2017, Glasgow Warriors signed speedster McFarland on a partnership contract with Scotland 7s until the end of that season.

Ahead of the 2019/20 season, he joined Glasgow's training group.