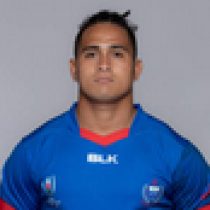 A former Samoan U20s representative Melani Matavao is a speedy halfback with plenty of potential.

Matavao represented the Samoan U20s at the 2015 U20 World Championship before returning to Samoa to continue his development.

In November 2017 he was called into the Manu Samoa squad for the November Tests and was named on the bench to face Scotland.