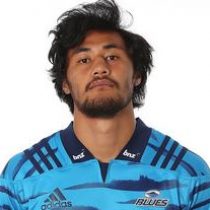 Nanai made his first ventures in senior rugby in the Auckland region of New Zealand, representing them in sevens rugby as well as winning the World 10s Championship with the Blues.

His performance saw him called up to the Auckland ITM Cup team in 2014 and he made 5 appearances without scoring any tries.

Through that performance, he earned a spot in the Blues wider training group for the 2015 Super Rugby season.

Nanai made his Super Rugby debut in 2015 against the Cheetahs, in Bloemfontein.

Ahead of the 2018 Super Rugby campaign, Nanai had made 38 appearances, scoring 13 tries.

He made his debut in the starting XV in the Premiership Rugby Cup match at Bath in September 2019 and his home debut in the Gallagher Premiership victory over Leicester Tigers three weeks later.