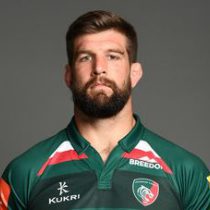 This young second rower played every game in the 2012 ITM Cup competition for his side Manawatu. He got limited game time in his Super Rugby debut season but added impact off the bench with his uncompromising attitude in contact.

The ultimate work horse has proven to be a solid tackler. Fitzgerald also represented the Heartland XV that toured the States in 2009.

He played in 25 games for the club, including semi-finals of Premiership and European Champions Cup during that campaign.

The versatile forward extended his contract at Tigers in February 2017, having made 44 appearances playing at lock and flanker, scoring four tries.