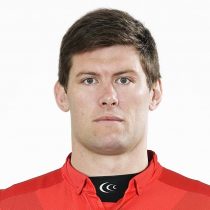 Stolberg's first representative honour was in 2007 with selection in the Queensland Under 15 team. From there he was identified and offered a scholarship from the Anglican Church Grammar School.

During his two years at The Anglican Church Grammar School, he was a member of the ARU National Talent Squad.

He joined Easts Rugby Union in 2010 and played one year of Premier Colts and continued with the club's Premier Grade team from 2011 - 2013. During this time he was a member of the Queensland Reds Academy for 2011 and the ARU's National Academy from 2012-2013.

In 2014 he was signed by the Northland Rugby Union to play in New Zealand's ITM Cup (now Mitre10 Cup) and continued with the club for the 2015 season.

Stolberg joined the Kintetsu Liners in the Japanese Top League for the 2016/17 season and was contracted by the club until the end of the 2018/2019 season.

2020 would see him sign for Japanese Super Rugby side Sunwolves, making 6 appearances before signing a deal with rivals Melbourne Rebels.