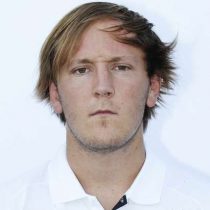 Van Vuren, who is a Lock or Number eight plays his club rugby for Zebre. Although born in East London, Eastern Cape, South Africa, Van Vuren is eligible to play for the Italy national rugby union team on residency grounds.

He made his debut for the Emerging Italy team against Russia in the 2012 IRB Nations Cup, on 8 June.

Van Vuren represented Leicester Tigers A in the Aviva A League shortly after leaving the Eastern Province Kings for a month-long trial period.

A stint at Bath Rugby soon followed prior to the 2016/17 Premiership season, making his debut for the club in October 2016.