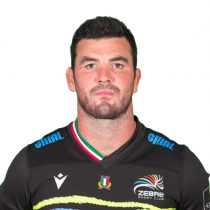 A proud son of Clontarf and of Mount Temple, he was a graduate of the Leinster underage schools set-up and also played with the Irish U-20s. But the call from the Leinster Academy never came.

In April 2011, the call from out west did. Kearney moved to Connacht in search of first team rugby. It was in the 2012-13 Pro12 season where Kearney established himself in the Connacht side.

Sixty-eight caps for Connacht later and with appearances for the Emerging Ireland team also to his name the lure of his home province proved too much to turn down.

Kearney made his way back to Leinster in the 2015/16 season making his debut against Cardiff Blues.

In April 2017, Leinster Rugby confirmed that Kearney has signed on with the club for the 2017/18 season.