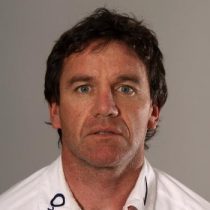 1999 saw him join Bramley as a player-coach, taking the role with him the following year to Oldham, guiding them to a championship Grand Final before retiring from playing in 2001.

After a significant role as defense coach at the 2005 British and Irish Lions tour to New Zealand, Ford took his skills to the England national team.

Deciding for a new venture, he terminated his contract at England for a coaching role at Premiership club Bath.

Under his leadership, Bath was guided to a Champions Cup spot and an Amlin challenge cup final, finishing second in 2014/15 in the Premiership.

He parted ways with Bath in May 2016 after they had finished 9th in the league.

4 months later, Ford made a return to top-flight coaching after he was appointed first-team coach of French Top 14 club Toulon

Toulon have announced that Mike Ford will be leaving the club following the end of the 2016/17 season.

On 4th April 2017, following Toulon's exit at the quarter-final stage of the Champions Cup, Ford and Toulon separated by mutual agreement.

In September 2018, he was unveiled as Germany's new head coach. Ford signed an initial contract until the end of November, with an option to extend should Germany qualify for the World Cup.

In March 2019, Ford was brought in Leicester Tigers to help the side with their relegation battle.