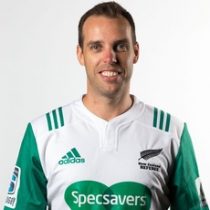 Fraser made his refereeing debut during the 2013 end-of-year rugby union internationals, where he refereed Georgia vs the United States in Rustavi.

Now an experienced member of the SANZAAR referee panel, he controlled his first Super Rugby playoff game in 2018 after another year of consistent performances

He was one of seven designated Assistant referees for the 2015 Rugby World Cup and has also worked on the Sevens circuit.

Fraser annually represents the NZRU in the Super Rugby competition and the Wellington Rugby Football Union in the ITM Cup.

In 2020, he was part of the referee team for the 2020 Six Nations as well as the Super Rugby referee team.