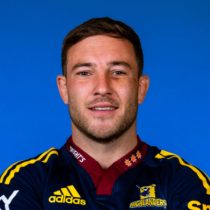 Born and raised in the city of Nelson on New Zealand's South Island, Hunt attended Nelson College in his hometown where he enjoyed a successful time, playing 51 times for their rugby team's first XV.

He moved north to study engineering at the University of Auckland after graduating high school and began playing local club rugby in the Auckland area.

During his time in Auckland, he was a member of the Blues development squad and Auckland's national sevens team.

Hunt was a member of the New Zealand side which won the 2015 World Rugby Under 20 Championship in Italy.

From 2016, he played for the Crusaders in Super Rugby and the Tasman Makos domestically.

Hunt made the Auckland squad for the 2015 ITM Cup as his side reached the final before going down to Canterbury.

He returned home to Nelson in 2016 and turned out for the Tasman Makos. Playing mainly in the number 15 jersey, Hunt started all 12 of the Makos games during the season which again saw him finish on the losing side once again in the final, with Canterbury once more coming out on top.

He made his Super Rugby debut for the Crusaders against the Rebels during the 2016 season and made one other appearance that season.

In the 2017 Super Rugby season, Hunt made 14 appearances in his debut season for the Christchurch franchise.

In August 2019, it was confirmed by the Highlanders that they had lured Hunt to Otago and would form part of the 2020 Super Rugby squad.

He heads into the 2020 Mitre 10 Cup season having made 44 appearances for Tasman Makos.