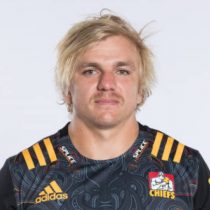 Karpik was a member of the New Zealand side which won the 2015 World Rugby Under 20 Championship in Italy.

After an outstanding 2015 season for the New Zealand Under 20 campaign followed by an impressive ITM Cup for Auckland, Karpik was named in the 2016 Chiefs Squad.
However, he suffered a knee injury during a Chiefs pre-season match against the Waratahs in Rotorua ruling him out for the 2016 season.

November 2016 saw him sign a new contract that will see him part of the Bay of Plenty squad through to 2018.

Karpik was included in the Chiefs 2017 Super Rugby squad and in the absences of Liam Messam the youngster debuted in the opening round of Super Rugby against the Highlanders.

Karpik played 7 matches for the Chief in 2017 including the Chiefs clash with the British and Irish Lions.

Karpik has also represented the Māori All Blacks in both their 2018 & 2019 campaigns.

He has obtained 20 caps so far and will be looking to extend this in 2020.