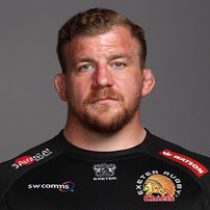 Educated at the West Scotland Institute of Sport, Low has established himself as a frontline scrummager with his club Glasgow Warriors and made his international debut for Scotland in their 2008 Six Nations game against France at the Stade de France.

Low, who missed the World Cup in 2015, was selected for the 2016 Six Nations tournament.

The Chiefs prop forward was named in the Scotland squad for the Autumn Tests, having won 36 caps and featured as a replacement in the Autumn Internationals against Australia and Scotland.

After 65 first-team appearances for Exeter Chiefs, scoring six tries, Low signed a contract extension with the club, extending his stay at Sandy Park into a fifth year.

In May 2019, he announced his retirement from rugby having made 70 first team appearances for the Exeter Chiefs, scoring seven tries.