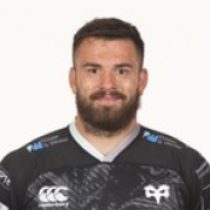 Morgan is a Swansea native who has come through the Ospreys system and has gone to Hartpury College in Gloucestershire to study.

Having performed well at youth levels for Ospreys, he was selected to play for the Wales U20 side during the 2017 & 2018 Six Nations.

He is an abrasive, ball-carrying No.8 who made his senior debut for Ospreys in the Guinness Pro 14 in April, 2018.

He made his debut against Wasps in the Anglo-Welsh Cup and has played 32 games and scored three tries for the regional rugby franchise (as of 9 April 2021).

In April 2021, he signed a new two-year deal with the Ospreys.