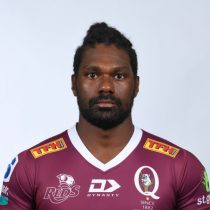 Moses helped the Queensland Under 20s to a national title before guiding University of Queensland’s Premier Reserve grade side to their first title since 1987.

He was named in the Reds 2017 Super Rugby, having also represented Brisbane City again in 2016 in the Buildcorp National Rugby Championship.

He made his Super Rugby debut against the Brumbies in 2017.

Sorovi featured heavily for the Reds at the back end of the 2018 season, being involved in the match-day 23 for the final nine games of the year.

The following year he scored a try in the Reds opening match against the Highlanders in Dunedin.

He finished the year with 14 caps and by the end of the season found himself as Queensland’s third-choice scrumhalf behind Tate McDermott and Scott Maloloua.

Playing seven games in 2020, Sorovi will look to add to his 31 Queensland caps after re-signing with the Reds through 2021.