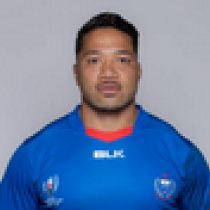 As well as muscle up front and strong defence, Matu’u brings a strong work ethic any side he plays for. Up the end of 2012 Matu’u had earned 19 caps for Wellington over four seasons, making his provincial debut in a pre-season Ranfurly Shield defence against Wairarapa-Bush.

His first ITM Cup came off the bench against Manawatu in 2010, while he made a further 10 appearances in 2011 and took the field in every ITM Cup match. His starting debut was against Northland.

The explosive front-rower burst onto the scene in 2011 with Super Rugby side the Hurricanes where he played 45 times between 2011 and 2016.

Competing with experienced All Black Dane Coles for a starting berth, Matu’u crossed the whitewash on three occasions for the New Zealand-based franchise, earning himself a seat on the plane to the 2015 Rugby World Cup.

Matu'u made his international debut for Samoa against the United States during the 2015 Pacific Nations Cup and went on to represent Samoa in the 2015 Rugby World Cup.

Gloucester Rugby signed Motu from the Hurricanes for the 2016-17 Premiership campaign, adding further depth to the front-five ranks at the club.

After making 46 appearances for Gloucester, Motu agreed to move to London Irish for the 2018-19 season. Following the Premiership season he was named in the Samoa squad for the 2019 Pacific Nations Cup