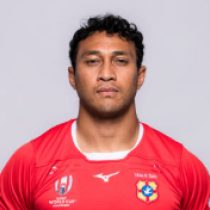 A graduate of the same 2009 IRB Junior World Championships-winning All Blacks team as Ken Pisi, Aaron Cruden and Zac Guildford, Tuitavake was a regular for the Crusaders in Super Rugby for two years and North Harbour in the ITM Cup for close to a decade.

In September 2016 he signed a deal with the Northampton Saints.

Tuitavake featured regularly throughout the 2016 and 2017 seasons, making 29 appearances in total for Saints following his arrival from Narbonne.

The New Zealand-born Tuitavake scored seven tries in his first two seasons, making his debut against French TOP 14 outfit Castres Olympique in the opening round of the Champions Cup in 2016.

In May 2018, he signed a new one-year deal to remain at Franklin's Gardens. He was selected for Tonga to go to the 2019 World Cup but had to withdraw due to injury after breaking his arm in the opening game against England