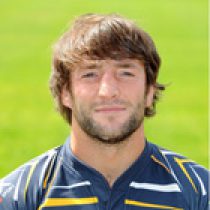 Best starting his career with Malone RFC, and made his Senior international début for Ireland as a replacement v New Zealand in November 2005.

His from saw him included in the Ireland squad for the 2006 Autumn Internationals. He was named man of the match in Ireland's 21–6 victory against Australia at Lansdowne Road.

In 2010, he joined Worcester Warriors after a two-year spell with Northampton Saints.

Best graduated from The Queens University of Belfast with an Honours Degree in Chemical Engineering.