8 Changes for Ireland as they look to rescue the series

Joe Schmidt has made eight changes as Ireland look to get back into contention following last weekend’s loss to Australia in Brisbane.

Noteable inclusions this week are Cian Healy who will make his 80th appearance and a shuffle in the backline as Johnny Sexton partners Conor Murray and Bundee Aki drops out of the match day 23 seeing Robbie Henshaw and Garry Ringrose partner up in midfield.

Tadhg Beirne is set to make his debut after being named on the bench. Australia have named an unchanged match day 23 as Michael Cheika looks for some continuity from his side. 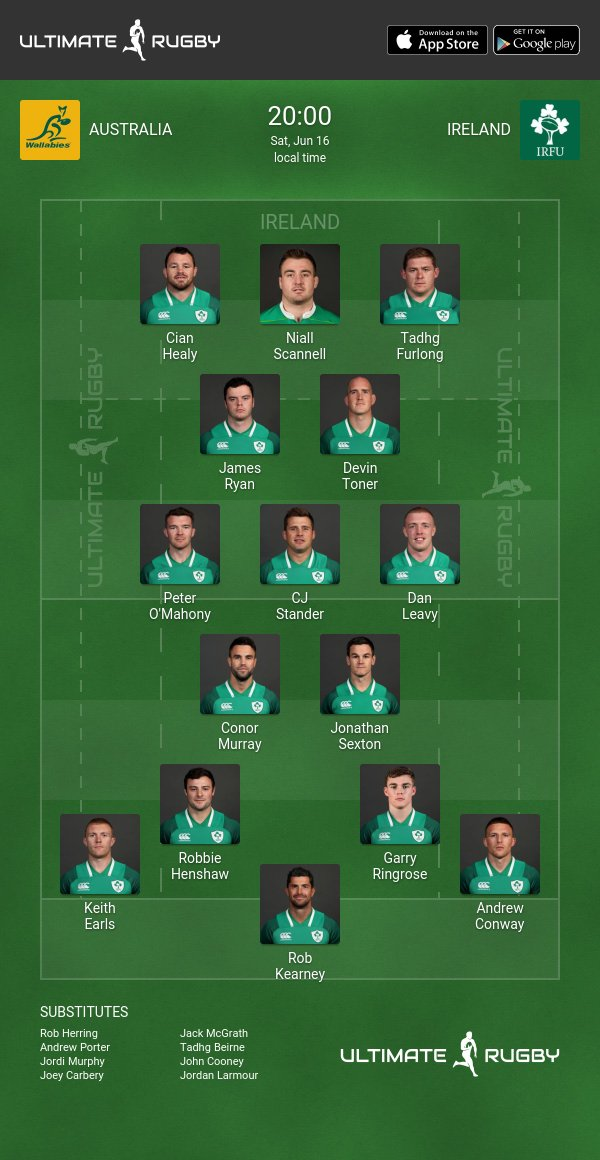