The 2022/23 season will mark a complete reform of French Rugby with a new second semi-professional men's league set to be added.

The new semi-professional, Nationale 2, will be the fourth-highest tier in French Rugby below the TOP14, PRO D2, and Nationale 1 respectively.

The reform will result in a new pyramid structure in French Rugby consisting of 10 levels.

Valentin Miclot, who is responsible for national competitions and sporting bodies of the French Rugby Federation, explained that the reasoning behind the restructuring is to help clubs align themselves with their ambitions.

"The clubs on the threshold of professionalism face many challenges, especially that of semi-professional status, often evolve with clubs that do not have the same ambitions and sometimes put themselves in financial danger. The FFR has brought together large-scale clubs with similar ambitions. But that was not enough. We wanted to continue this structuring with the creation of the Nationale 2. By impact, it redefines all the lower levels ." he said in a release by the FFR.

The TOP 14, PRO D2 and Nationale 1 will remain unchanged with the number of clubs in their division while the new Nationale 2 league will consist of 24 clubs.

The 24 clubs in Nationale 2 will be split into 2 groups of 12 teams who will play one another twice with the top two clubs being promoted to Nationale 1.

The reformation of the men's amateur game in France goes hand in hand with the growth of the game ahead of and following the Rugby World Cup 2023 in France .

The €460million cash injection from Canal+ over four years for the broadcasting rights of the TOP14 has also led to the restructuring of the amateur game.

The €8m per season for exclusive coverage of PRO D2 has also pushed through the restructuring.

Miclot explained that the need for development in the French game is important as too is the well-being of its clubs.

"It is a question of redefining the sporting levels for a coherent and readable pyramid, allowing each club to situate itself and to equip itself with a sporting project adapted to its ambitions. In addition, there was a real organizational heterogeneity between the regional leagues. . From next season, there will be the same distribution format and identical quotas in the divisions."

Clubs will therefore be able to align themselves with their ambitions whether it is to remain amateur or work their way up the pyramid to the TOP14. 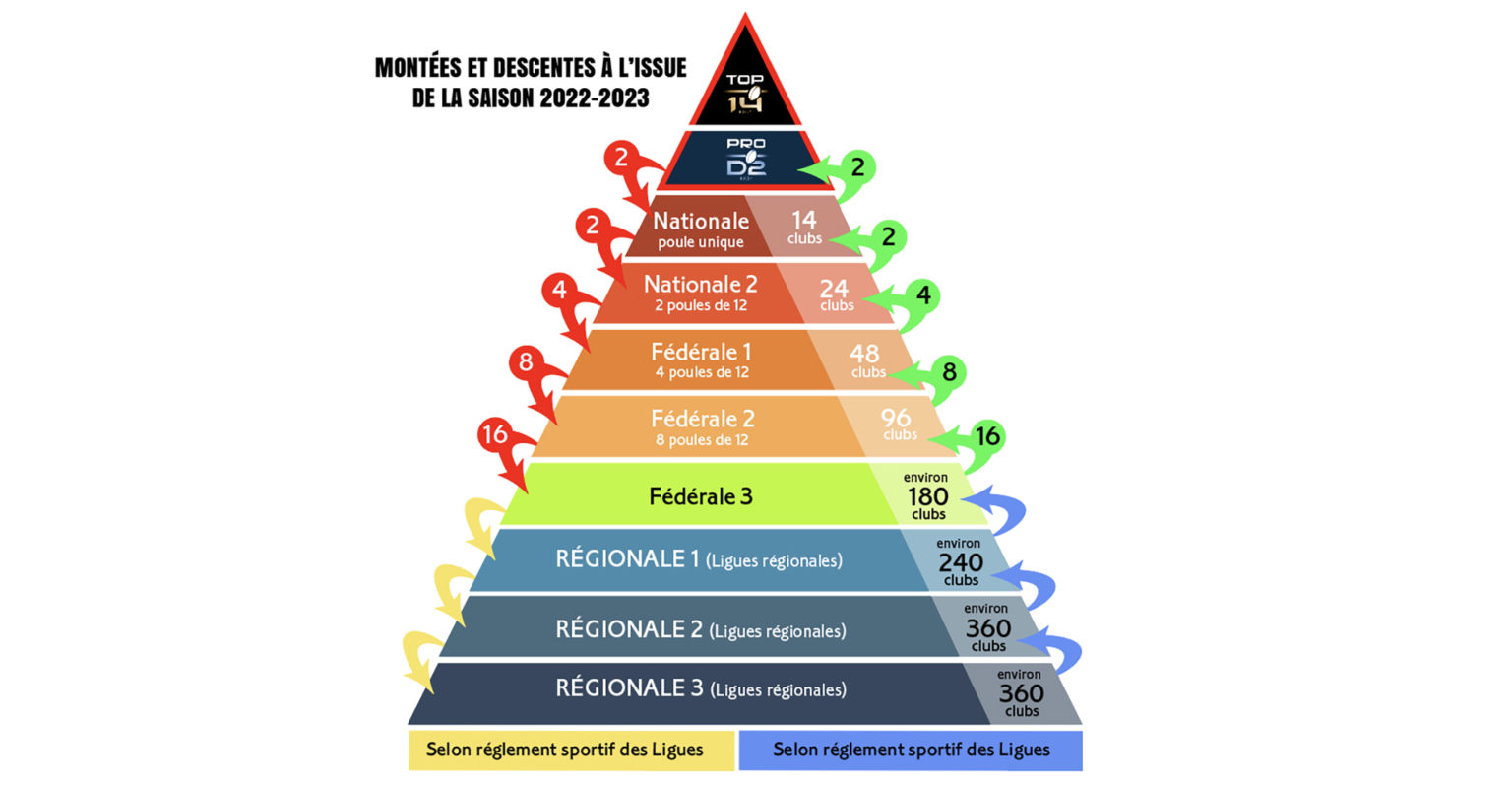