Alex Goode slotted the match-winning penalty for Saracens in a closely fought Premiership match against Exeter Chiefs with England star Owen Farrell leaving the pitch in the second half.

Saracens' 20-22 victory over Exeter Chiefs may have came at cost for England with Owen Farrell leaving the pitch on the hour mark after picking up a head knock.

Farrell laying on the Sandy Park pitch after making a tackle on Joe Simmonds. The game was stopped and Farrell hobbled off the pitch and is now a doubt for England's Autumn Nations Series games this November. 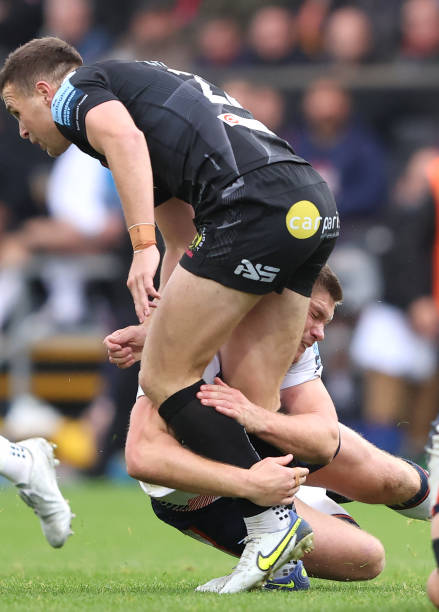 Farrell is not the only injury concern for Eddie Jones with Luke Cowan-Dickie missing the entire second half after a knee injury he sustained shortly before half time.

With Exeter's maul rolling towards the Saracens' try line, Mako Vunipola tackled Cowan-Dickie and conceded a penalty try with the hooker seeking treatment as the TMO reviewed the incident. The hooker completed the half but did not return after the break.

If the Exeter Chiefs hooker is ruled out through injury, it will further test England's depth in the position with Jamie George already sidelined.  Jack Walker, who is uncapped, toured to Australia is also sideline.

There were further injury scares across the League for England with Courtney Lawes missing Saints' trip to the Rec through injury.

Jonny May is suspected to have suffered a dislocated elbow in Gloucester’s 22-21 English Premiership victory over London Irish on Friday, while Henry Arundell went off with strapping on his right foot in the same fixture.

In the other Premiership match to take place on Saturday, Lewis Ludlam limped off the pitch as Northampton Saints fell to a defeat to Bath at the Rec. 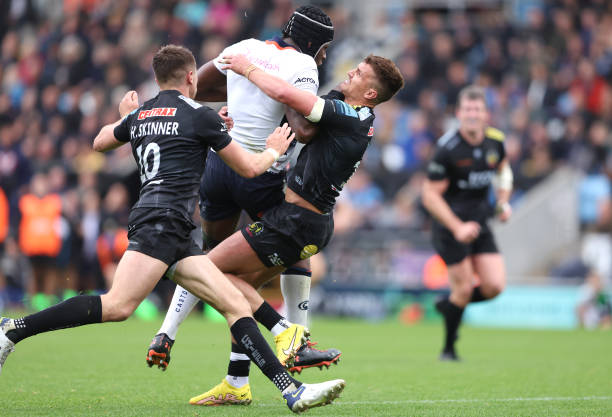 Snubbed by Eddie Jones, Henry Slade put in a strong showing for Exeter making a try-saving tackle on a rampaging Maro Itoje and knocking over all three of his shots at goal in the defeat to Saracens.

The Chiefs centre looked on top of his game after Rob Baxter admitted that his exclusion from the squad was understandable considering his run of injuries.

He slotted a clutch penalty from a tough angle in the 76th minute that looked to have won the game for the hosts but Saracens' pack went on to want would prove to be the match-winning penalty.

Goode to the rescue 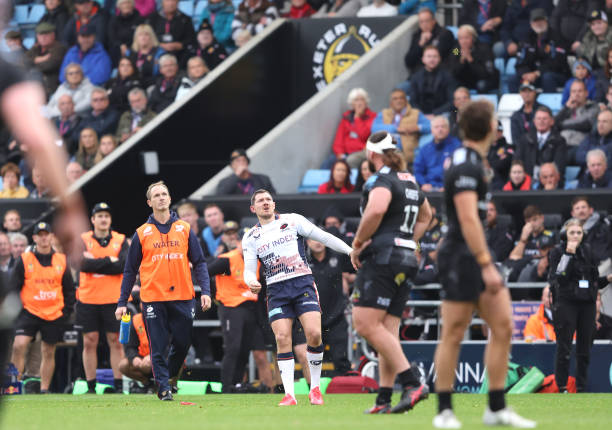 Alex Goode came off the bench to replace the injured Owen Farrell in the 60th minute.

In doing so the Saracens veteran equalled Kris Chesney’s all-time appearance record for the club earning his 338 cap.

With the match in the balance, Goode kept his cool to slot a difficult penalty kick to win the match for his side with his first place kick of the season.