All Blacks fullback Jordie Barrett's season looks to be over and his place in the Rugby Championship squad has been taken by Crusaders and Tasman fullback David Havili.

The All Blacks gathered in Auckland on Thursday to prepare for their game of three halves against Counties Manukau and Taranaki at Pukekohe on Friday as lead-up to their opening Championship game next weekend against Australia in Sydney.

All Blacks assistant coach Ian Foster said at a media conference in Auckland that Barrett had scans on the shoulder he injured in the Super Rugby semi-final for the Hurricanes against the Lions and they revealed he would need an operation.

"If it is an operation that is going to knock him out for the rest of the year.


Foster said he didn't have a lot of information about the injury and its origins but he said it was a clear cut injury where ligament had come off and a 'basic reattachment' would be required.

However, more complete details would be available once assessed by the All Blacks' medical personnel. In the worst case scenario the rehabilitation tended to be over four to six months.

"It's a chance for him to get that right and have a big pre-season and jump back into it next year.

"It's pretty frustrating for him, he's had an amazing six months," he said.

"Clearly when he reflects on the year it has been a massive year for him. He's done magnificently well in the Hurricanes' environment and come in and had a couple of Test matches and started a pretty big one and has done himself proud."

Havili's arrival at the camp had been delayed along with the rest of the Crusaders contingent, and team coach Steve Hansen, due to fog at Christchurch Airport. 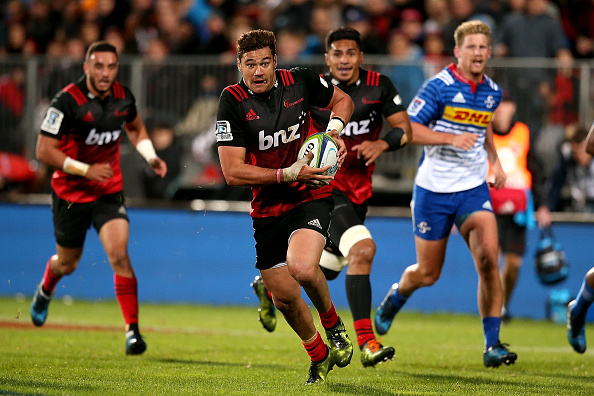