Alun Wyn Jones will make history after the captain was named to start Wales' Rugby World Cup opener against Georgia on Monday.

Jones will equal the record for most Test appearances for Wales when he plays his 129th game for his nation in Toyota.

The 34-year-old joins Gethin Jenkins on that tally as Wales prepare for their opener in Pool D.

Wales have named a strong side, with 10 of their starting team holding previous experience at the Rugby World Cup. 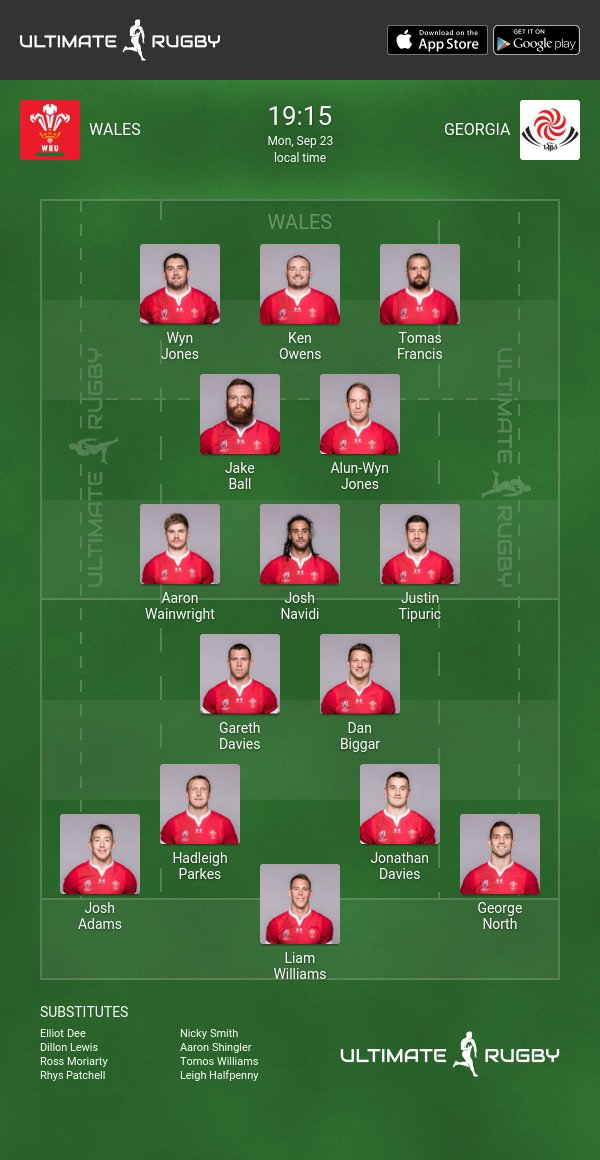 Fly-half Rhys Patchell, who was under an injury cloud, has been named among the replacements.

Wales are expected to progress from Pool D, with matches against Australia, Fiji and Uruguay to follow their clash against Georgia.