The Australian Men’s Sevens team has been named for the HSBC Sevens World Series leg in Dubai with the latest signings to the team, Maurice Longbottom and Ben O’Donnell to earn their first Australian Sevens caps.

Longbottom was confirmed with the Australian Sevens program until the 2020 Tokyo Olympic Games this week and his fine form in pre-season has been rewarded with selection in round one.

Joining the two debutants will be 205 caps worth of Australian Sevens experience as the Aussie 7s Men look to build on their best pre-season to date having won three tournaments in a row.

Australian Men’s Sevens Head Coach Andy Friend said: “The competition amongst players within the squad has been immense, with no one wanting to miss a position for Dubai. It’s created a healthy battle for positions and as coach, selection headaches.

“We’ve had some success in our pre-season but all of that will be irrelevant when we run out onto the field into Dubai as we kick start what is a massive year for Sevens Rugby.

“Maurice and Ben have more than proven their value to our program with how they have conducted themselves on and off the field and I am excited by what the future holds for them both.”

Australia has been placed in Pool C alongside Wales, Russia and Fiji. 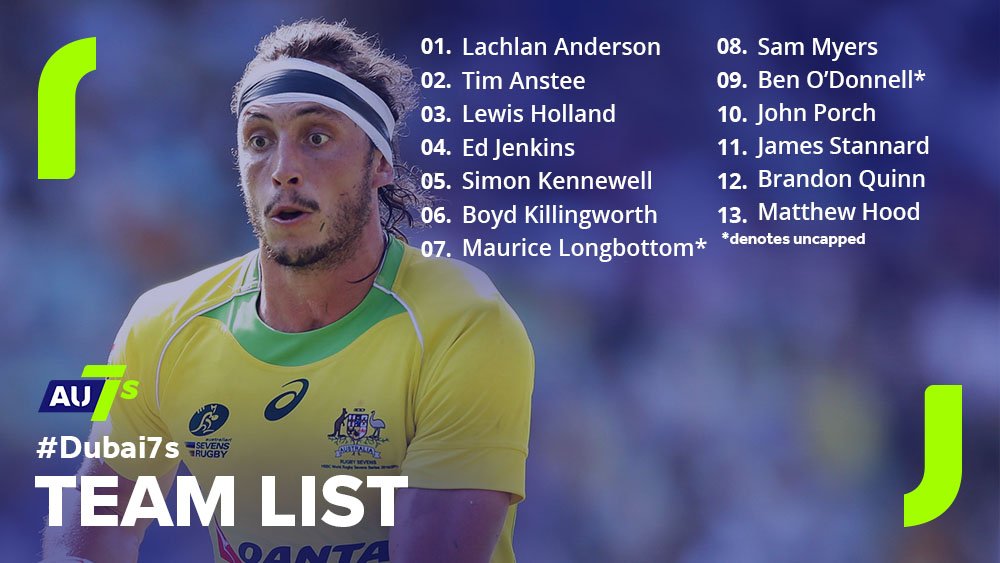