Hurricanes centurion Beauden Barrett will take over the captaincy for Saturday's Super Rugby match against the Stormers at Westpac Stadium.

Barrett made 116 appearances for the Hurricanes and scored more than 1150 points, will have younger brother Jordie immediately outside him after the latter was named to start in the No 12 jersey.

Last year's top try-scorer Ben Lam returns on the left wing which sees Wes Goosen move to the right from last week's match against the Chiefs.

There will be a first start for Richard Judd at halfback for what will be his fifth appearance for the Hurricanes since making his debut against the Crusaders last year.

Three changes have been made in the forward pack with Liam Mitchell returning at lock while Vaea Fifita moves back to the side of the scrum. The other changes up front are at hooker where Ricky Riccitelli returns to the starting side in place of Dane Coles, who is unavailable for the match along with TJ Perenara and Ngani Laumape, while Fraser Armstrong comes in for Toby Smith who has an ankle injury.

There is a fresh look to the bench with Hurricanes head coach John Plumtree returning experienced prop Jeff To'omaga-Allen to the match day squad along with lock Isaia Walker-Leawere and utility back Fletcher Smith.

2018 Hurricanes squad member James O'Reilly has also been named on the bench with Asafo Aumua unavailable due to concussion.

Exciting Hawke's Bay midfielder Danny Toala could make his Hurricanes debut if he comes off the bench.

"As we have said all year we are looking to trust the depth of our squad and give players opportunities and Saturday's match against the Stormers will provide that," Plumtree said.

"The Stormers have built a good record so far this season and we know exactly how tough and direct they will be and that means we are going to have to play really well to maintain our proud home record."

There are three changes to the Stormers team. Up front hooker Bongi Mbonambi and lock Chris van Zyl are back in the starting team, with Scarra Ntubeni and JD Schickerling among the replacements.

The only change to the backline sees Ruhan Nel start at outside centre, with Dan du Plessis set to make an impact in the second half from the replacements bench. Stormers Head Coach Robbie Fleck said that his team will be going all-out to make a positive start to their tour.

"Our first week in New Zealand has been a good one and we are hoping to build on the momentum we have created.

"We know this will be a big challenge on the road, but it is one we are excited about as a group," he said. 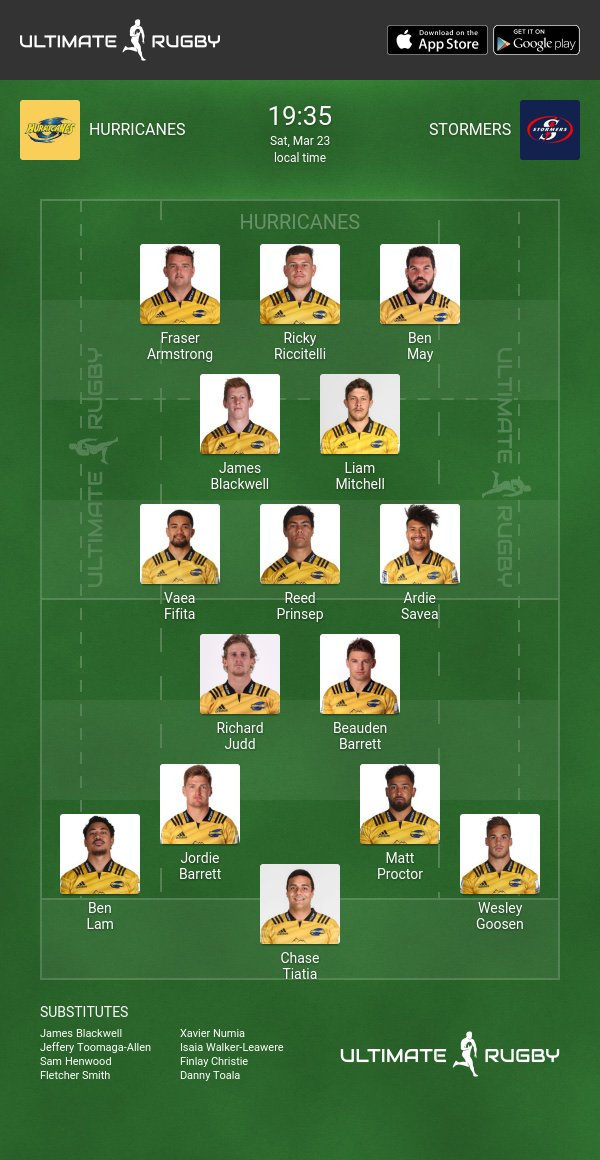 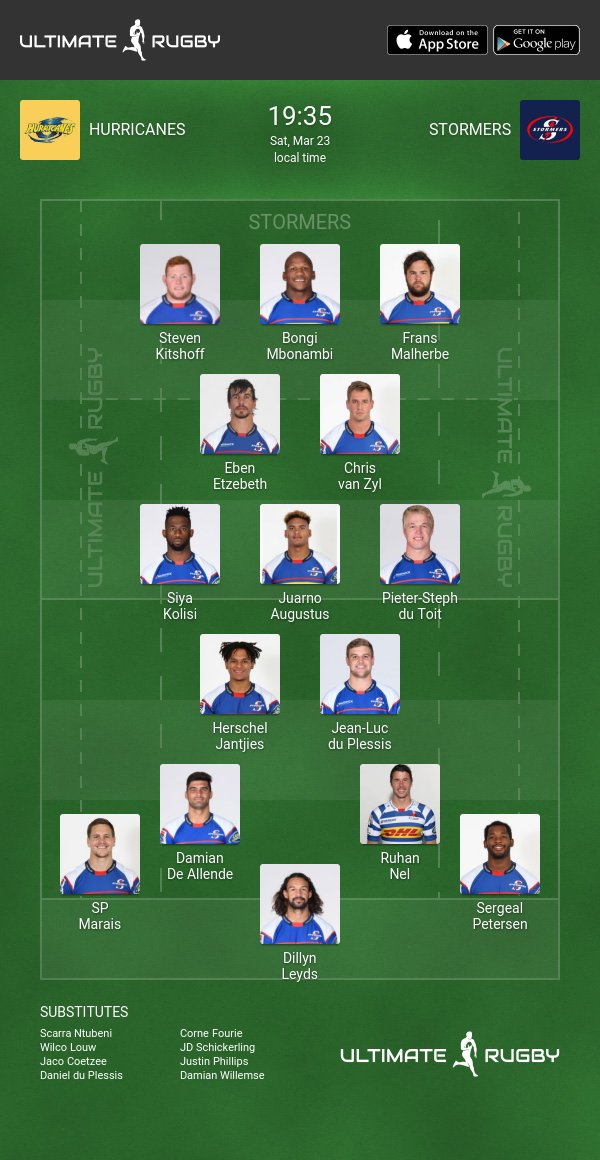