The All Blacks team has been named to play Tonga on Saturday September 7th at FMG Stadium Waikato in Hamilton.

In the forwards, Codie Taylor starts at hooker, with Liam Coltman providing cover from the bench; Matt Todd starts at openside, with Luke Jacobson coming onto the bench for his second Test, while Scott Barrett comes in as lock cover on the bench.

In the backs, TJ Perenara will start in the 9 jersey, with Aaron Smith on the bench; Beauden Barrett is at 10 with Josh Ioane poised to make his All Blacks debut off the bench if required; Ryan Crotty returns from injury into the 12 jersey for his first Test appearance of the year, while in the outsides, Ben Smith comes in at fullback, with Jordie Barrett providing cover in the reserves.

All Blacks Head Coach Steve Hansen said there was a real sense of excitement in the team.

"It's great to get the squad together and start preparing for what will be a great match against Tonga. We know the Rugby World Cup is just around the corner, but we are focusing on 'right here, right now'," he said.

"The players have brought real energy into our preparations here in Hamilton and the key will be to harness that excitement and put in a skillful and clinical performance on Saturday.

"Tonga will be targeting this game in a bid to build momentum into their Rugby World Cup campaign, and so are we, as it's going to be important for both teams to head into the Tournament with confidence."

The matchday 23 is as follows: 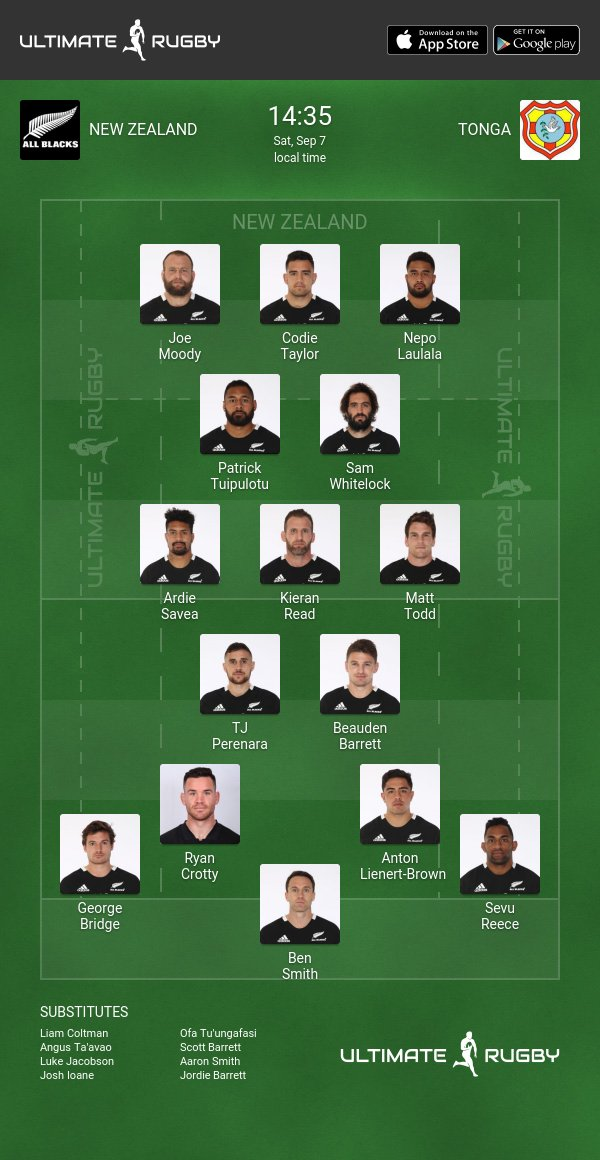