Bledisloe Cup action as Wallabies try to avoid a clean-sweep

After much to-ing and fro-ing regarding the future of the 2021 Rugby Championship over the last couple of weeks, the Wallabies finally have an opportunity to exact some payback on their old foes, The All Blacks, in a Test which will double as the third and final 2021 Bledisloe Cup encounter.


The Bledisloe Cup is, once again, safely within the clutches of Ian Foster’s charges after they managed to run over the Wallabies in the first two Tests. This time, however, the contest will be observed on Australian soil as the sides clash in Perth on Sunday.

It was a slow start by both teams in the first Test, at Eden Park, with the first points of the match appearing on the scoreboard in the 18th minute through a Richie Mo’unga penalty. After the All Blacks had seemingly run away with the game, the Wallabies mounted a mightily impressive comeback in the last 10 minutes which brought them right back into mix.

The All Blacks piled on the points in the second Test to retain the cup as the Wallabies fought hard but could not match their opponents in the end.

This weekend, Ardie Savea has been chosen to lead the men in black as Aaron Smith and Luke Whitelock – who have both stood in for regular captain Sam Cane recently – are expecting the births of children.

Although an enormous honour, Savea does not feel a need to change either his playing or leadership styles.

"To be able to lead such a team, it's out of this world when I think about it," he told reporters.

"And to be able to tell Mum and Dad was huge. Two people that migrated from Samoa to create a better life for their kids - sorry, I'm getting a bit emotional - to be here for them is pretty special.

"I'm still in awe. It's a team that you dream of as a kid, and being able to lead is amazing. I'm lost for words and really grateful."

Meanwhile, Wallaby scrumhalf Tate McDermott did not mince his words when reflecting on the most recent Test, and demanded an improved defensive performance from his team.

“To call ourselves a tier-one nation and do that is really quite embarrassing,” he said.

“We’ve got to hold the ball, we’ve got to respect the ball and then on the flip side it’s about our defence.

“It was nowhere near good enough, especially in that second Test, when we conceded 57 points.”

“That’s one area that we’ve really got to lift. Scramble defence, but also our set-piece defence as well,” he said.

“I don’t actually think we need that extra motivation. The extended two weeks that we spent over here was brilliant because we were able to connect with the community over here.

“If there’s no edge leading into a game against New Zealand then we’re kidding ourselves.

“I think from that point of view, we always have an edge. Whether there will be a little bit more motivation, I’m not sure.

“The boys are definitely up for it if today’s training session is anything to go off.”

As usual, the All Blacks have named a formidable side, with just one change to the pack – Scott Barrett comes in for Sam Whitelock.

In the backline, Brad Weber earns his second start in an All Black jersey while Beauden Barrett fills the flyhalf role in place of Richie Mo’unga. Anton Lienert-Brown returns from injury to start in the number 13 jersey which sees Rieko Ioane shifting to the left wing while Jordie Barrett takes over from Damian McKenzie at fullback.

“In the forwards, we have picked a group that is most recently battle-hardened,” Ian Foster said. “A lot of them played in the first two Bledisloe Cup Tests, so it’s right to go with them in this Fortinet Rugby Championship Test.” 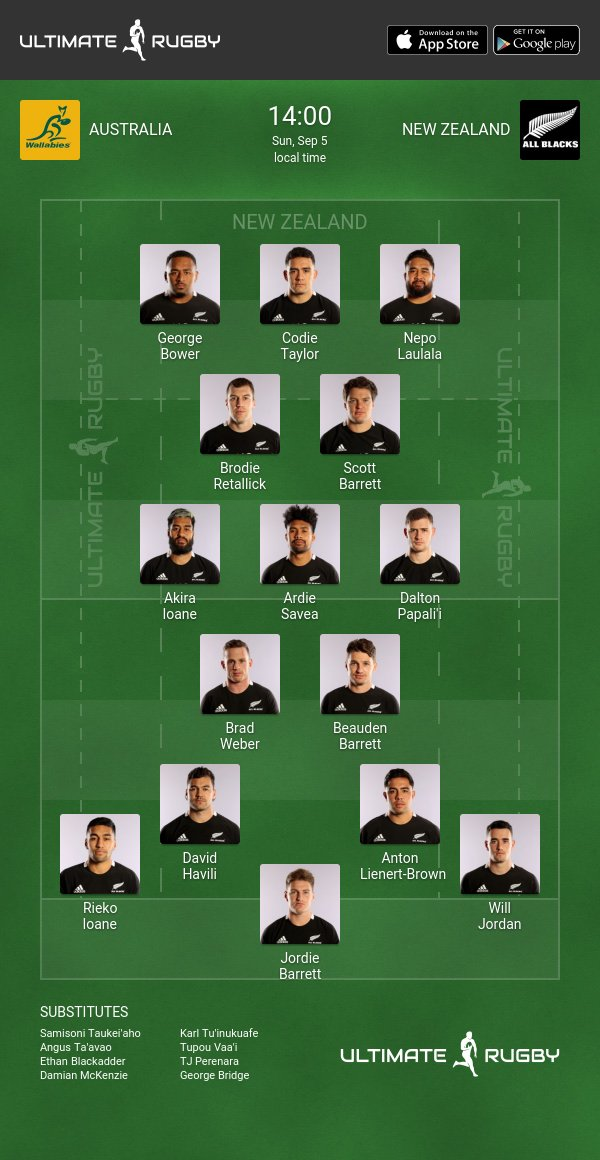 “Brad has been with us through the Steinlager Series and coming into the Rugby Championship, we really wanted to build the nine combination, especially with Aaron not here and to complement TJ’s leadership and experience, so this is a great opportunity to put our faith in Brad to start the Test.

“Perth has a great rugby culture and we know that there are a lot of Kiwis living here who will be at the game, so can’t wait to hear their support on Sunday.

“Covid has again forced so many changes this year and we especially think of cities like Dunedin and Wellington that have lost Test matches they had hoped and planned for, so it’s great to be able to celebrate having this Test match here in Perth.”

In the Wallabies camp, a change in midfield sees Samu Kerevi taking the inside centre responsibilities while Len Ikitau comes in for Hunter Paisami at 13.

The only change in the forward pack sees Folau Faingaa occupying the hooking role in place of Brandon Paenga-Amosa.

There is also the welcome return of Izack Rodda on the bench. 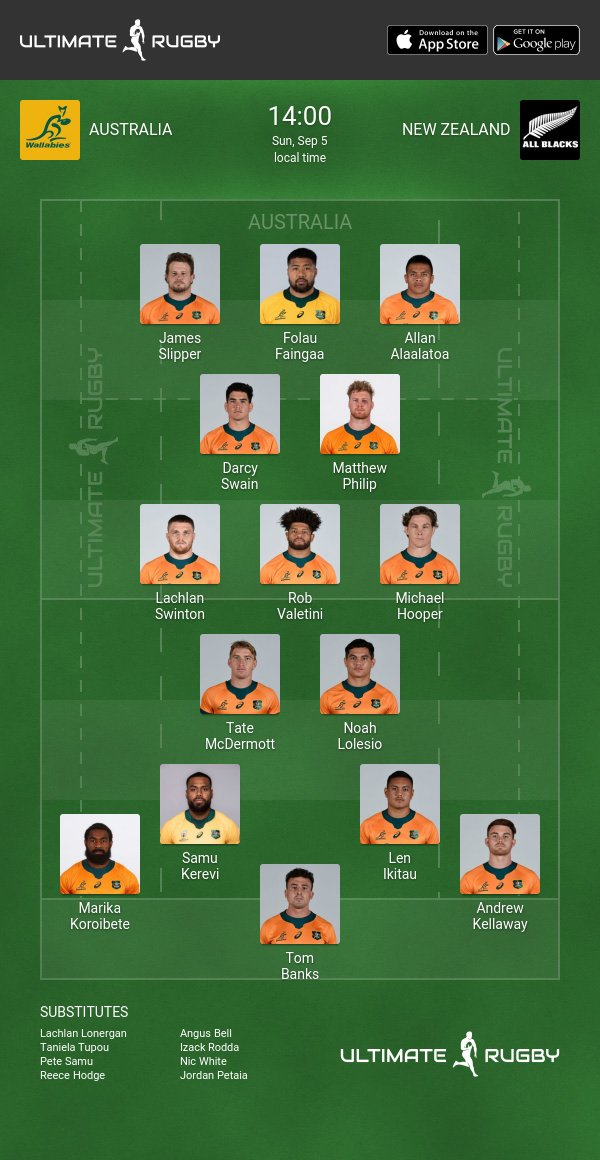 “It’s great to be able to call on the experience of Samu and Izack this weekend with Hunter and Lukhan leaving the group to be with their partners in what’s a really exciting time of their lives," coach Dave Rennie said in a statement.

“Both Samu and Izack have worked really hard since joining the group, been positive additions and have earned their opportunity to pull on the gold jersey on Sunday afternoon at Optus Stadium.

“The past three weeks in Perth have given us a chance to train hard on the field, refresh off it and connect with the local community.

“We are excited about the chance to be back on home soil and put in a performance that all of our supporters can be proud of.”

10 quick facts ahead of the game: