Bulls Executive Rugby and Head Coach, John Mitchell, has announced his first wider training squad for the 2018 Super Rugby season and included new signings Frans van Wyk and Thembelani Bholi (flank) in the group that will assemble for pre-season training.

"We are all pretty excited to get the pre-season underway and start putting the hard yards in," Mitchell said. "The squad shows a good combination of old hands and young upstarts and they all know one thing, no spot in the final squad is guaranteed. Everyone will have to contribute and work very hard to make it into the final group and that will bring some competition in the squad, something that can only benefit us in the long run."

The squad sees a number of new faces as players still plying their trade in Japan, most notably locks RG Snyman and Jason Jenkins. Two Blitzboks, Tim Agaba and Stedman Gans, are also in the group, although preparing with the Springbok Sevens in Stellenbosch at the moment.

The wider squad is: 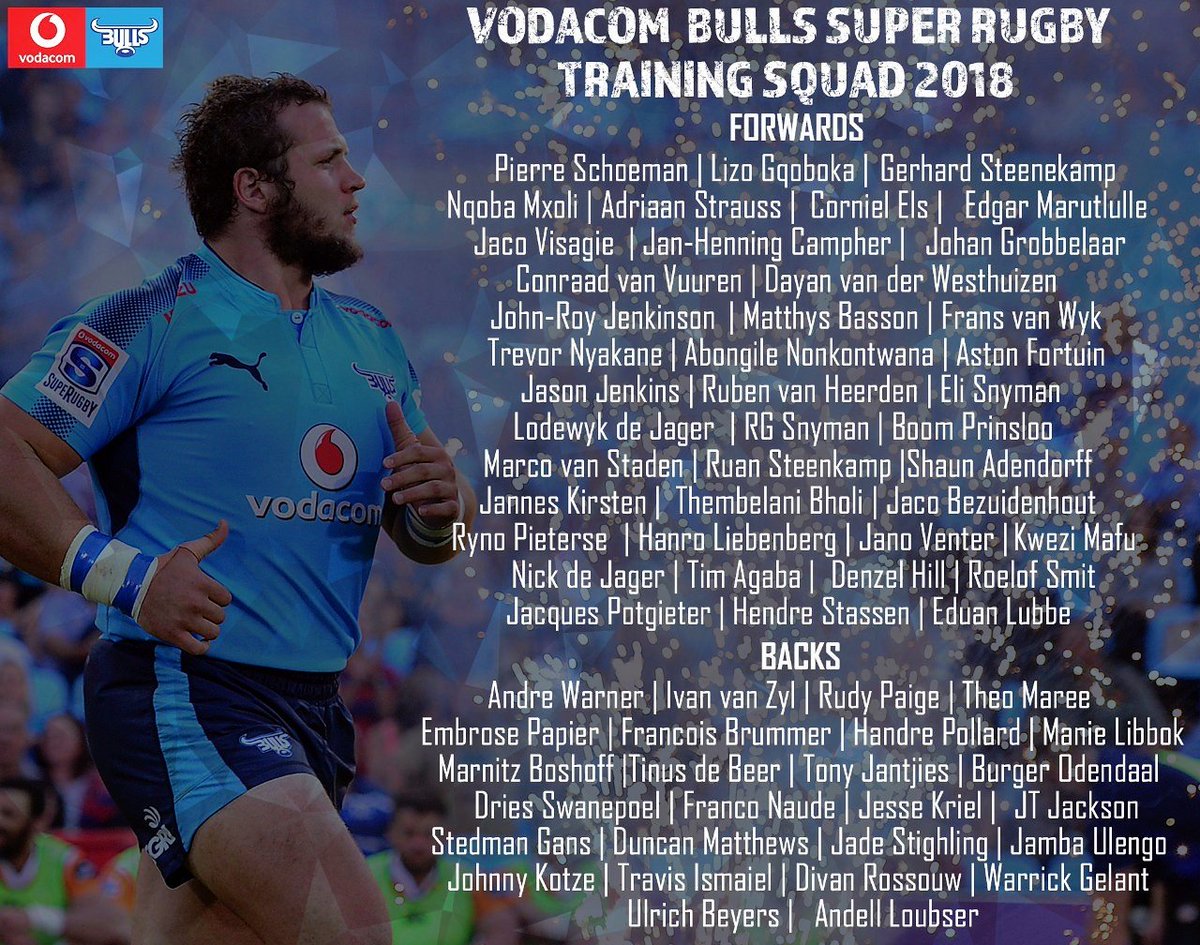 The Bulls will play three warm-up matches in 2018. The squad will be split to face the Lions in Johannesburg on 27 January, and the Sharks in Polokwane on the same day. They will then head out to a first-ever match in the USA, when they will face the Stormers at Stub Hub Centre in Los Angeles on 3 February.