It will be a case of all or nothing for the four teams in the Currie Cup semi-finals on Saturday, with final berths at stake and an invaluable home final for the one of the teams.


The Golden Lions and Tafel Lager Griquas will meet in the first semi-final at Airline Park in Johannesburg at 14h00 in the competition, with log-leaders, the Free State Cheetahs, hosting the Sharks in the other match at Toyota Stadium in Bloemfontein at 17h00.

The match in Johannesburg will mark the second week in a row the Golden Lions and Griquas meet after they crossed paths in the final round in Kimberley last week, and judging by the close result – the Jozi outfit won 27-26 – it is expected to be a cracker of a match.

The last time Griquas played in the Currie Cup final was back in 1970 and they won that match 11-9 against the Blue Bulls (then known as Northern Transvaal), and that is expected to be a huge motivational force for the team going into the clash.

The home side, meanwhile, will be hunting their first final appearance since 2015. To do that, the men from Jozi will have to overturn their home-ground odds.

The Golden Lions have won only one of their three games at Airline Park this season, which will motivate them to put up a good show in front of their home crowd, but Griquas will have enough motivation of their own as their last Currie Cup victory in Johannesburg in 2012.

Adding to this, the margins between the teams on attack and defence this season have been small, with the Gauteng outfit having scored only two tries more and conceding two points fewer in the pool stages, which points to an epic clash.

The Golden Lions named an identical match-day squad to last week for the clash, while Griquas made three personnel changes to their starting team with Khwezi Mona (prop), Zandre Jordaan (No 8) and Christiaan Meyer (scrumhalf) taking over from Mox Mxoli, Neill Jordaan and Chriswill September, who have all been named among the replacements. 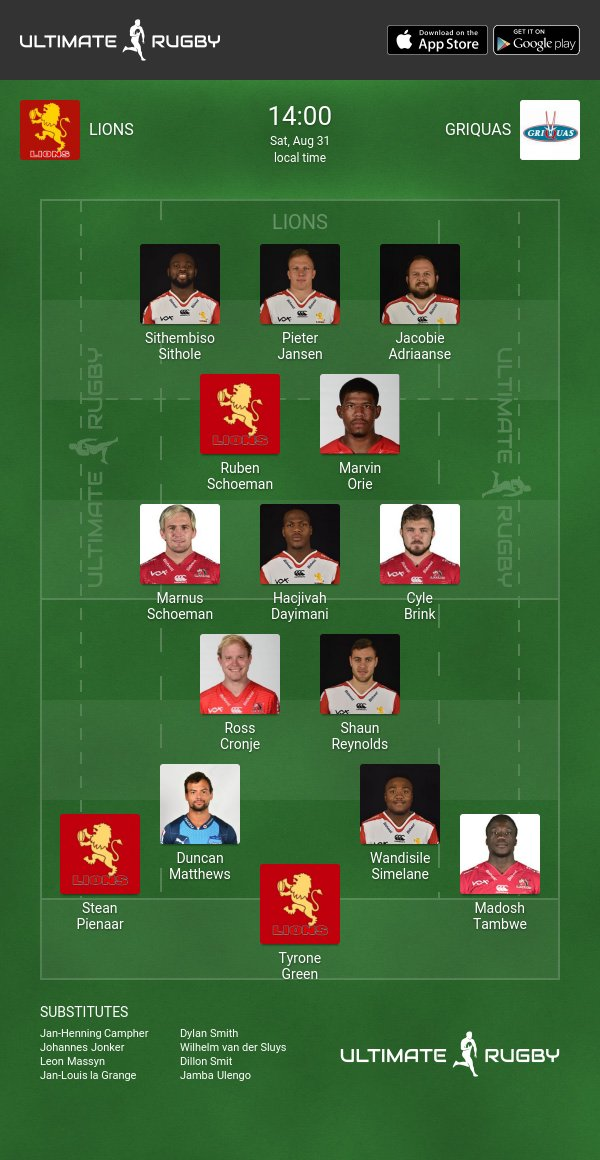 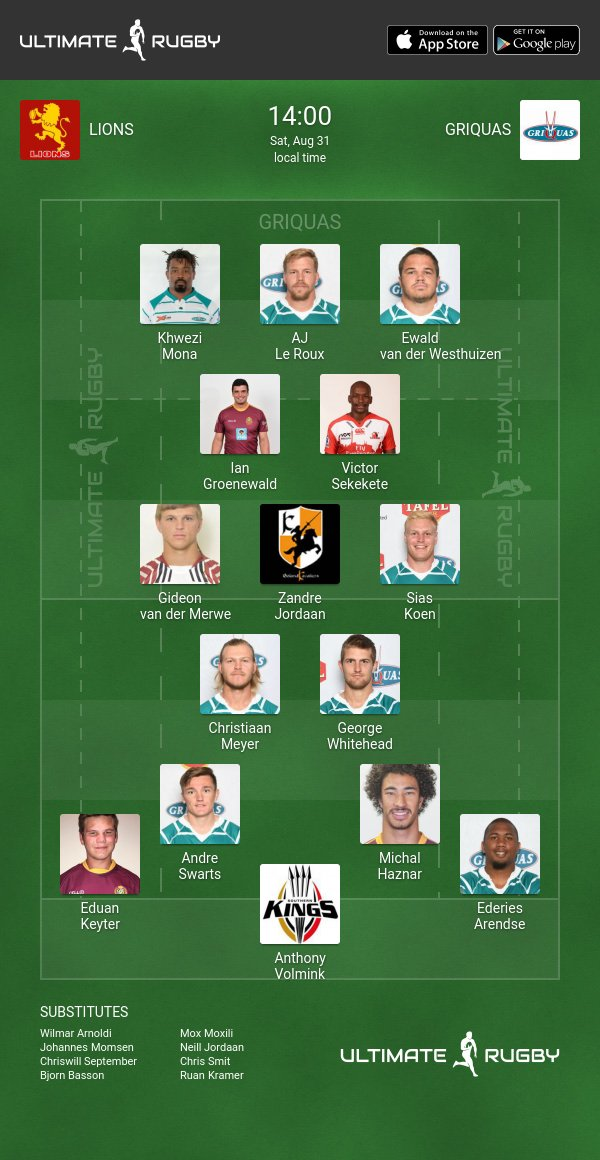 In Bloemfontein, the Free State Cheetahs will go in search of their first final berth since 2016, while defending champions, the Sharks, will have their sights on their third consecutive appearance in the final when the teams meet in their semi-final.

The last time they crossed paths, the Sharks won by a narrow seven points in Durban. Interestingly, the KwaZulu-Natalians last suffered a defeat against the Free State Cheetahs in Bloemfontein in 2013, and while this is expected to serve as inspiration for the visitors, it will also fuel the Free Staters’ motivation to win.

The hosts have been more effective on attack this season, with 40 tries scored to 26 by the Sharks, but they have been fairly closely matched on defence, with the home side conceding 24 points fewer in their six matches this season.

The Free State Cheetahs made three changes and one positional switch to the side that defeated Western Province last week, with Dries Swanepoel (centre), and Erich de Jager and Ox Nche (both props) earning starts, while William Small-Smith moves from centre to the right-wing.

Sharks coach Sean Everitt made only one change to his squad, with experienced flyhalf Curwin Bosch returning from injury, which sees him take over from Henry Chamberlain, who drops out of the match-day squad. 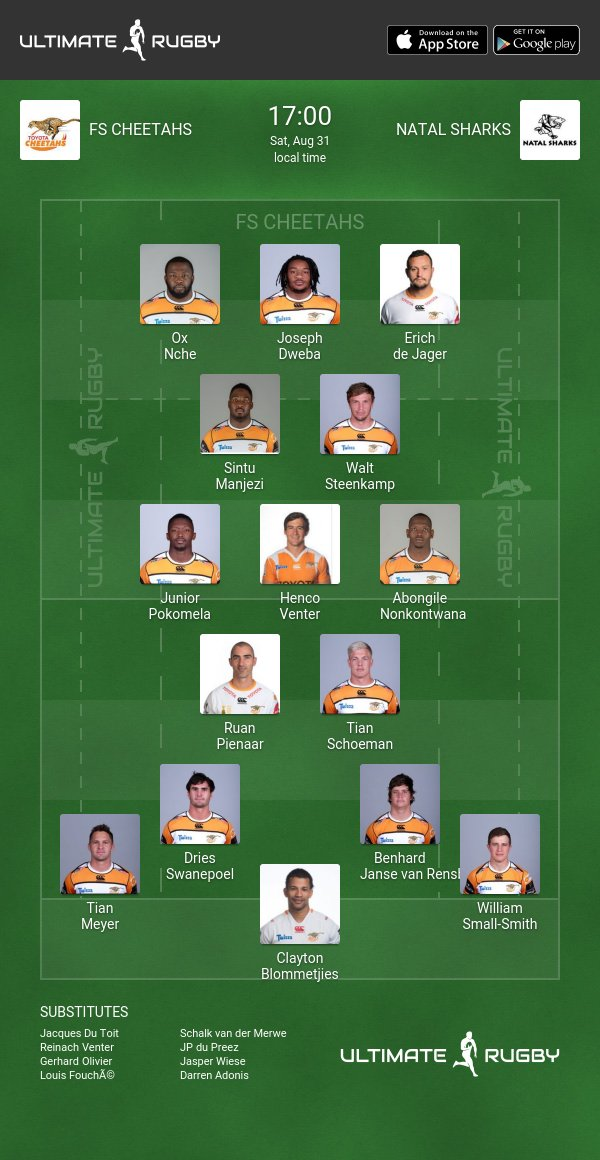 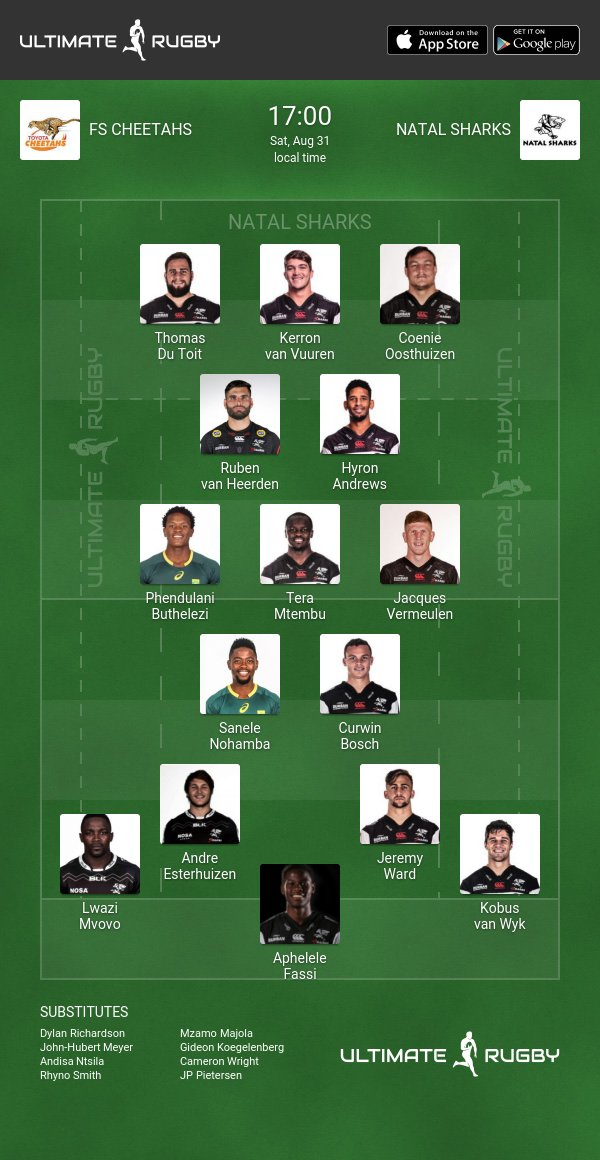