Captain Owen Farrell will lead an unchanged starting XV that beat New Zealand in the semi-final last weekend. The starters have a total of 731 caps between them.

Ben Spencer is named as a finisher and is in line to play his first game in the Rugby World Cup having replaced injured Willi Heinz earlier this week.

Jones said: “It has been a good week, the players have been together a while now so it’s less about the volume of training this week, it’s more about sharpening the sword.

“South Africa are a difficult opponent and we are going to have to fight really hard to win. We know the physical part of the game is going to be important and the players will go into this game well prepared knowing how we want to play. We will go and play with no fear.

“South Africa will probably play a similar type of game they have played all tournament so we need be good in the arm wrestle and when we have the opportunities to break the game up, we are then confident and composed enough to take them."

England have remained unbeaten during the tournament having won their pool matches against Tonga (35-3), USA Rugby (45-7) and Argentina (39-10) before the France game was cancelled due to typhoon Hagibis.

England beat Australia 44-16 in the quarterfinal in Oita before defeating New Zealand 19-7 in Yokohama last weekend to progress to the final.

This is the fourth time England have reached the Rugby World Cup Final. They have beaten South Africa in their last two Test matches.

Jones will be in charge of England for the 50th time this weekend and is only the third England coach to reach this milestone. He has the best win rate (80%) of any head coach of England.

Eddie Jones is statistically the best ever England coach but can he back that up with #RWC2019 glory? #ENGvRSA 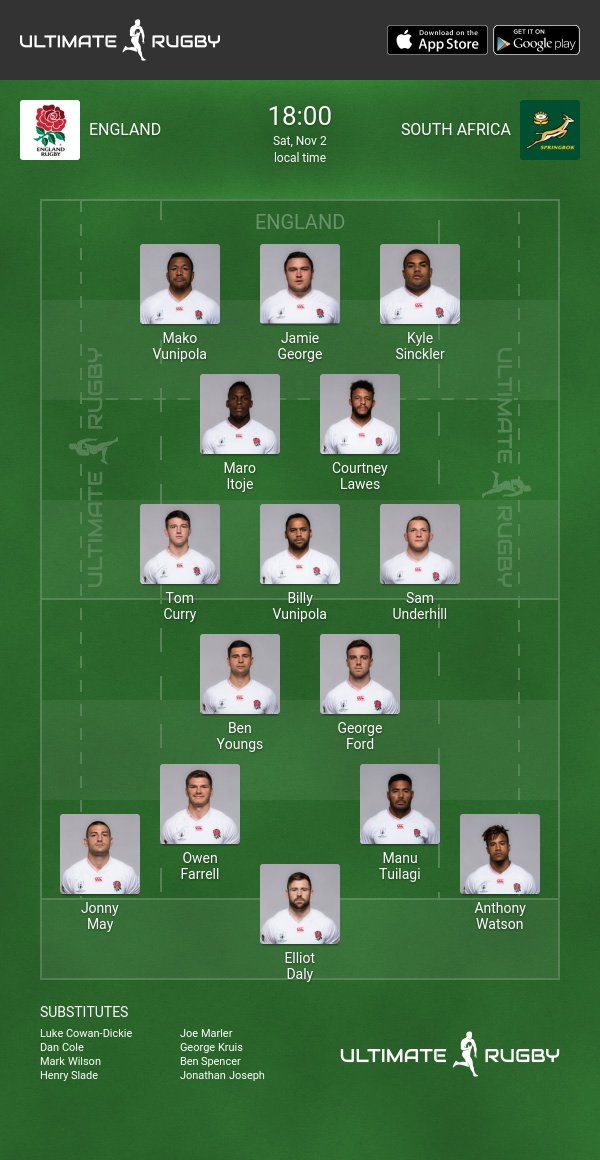