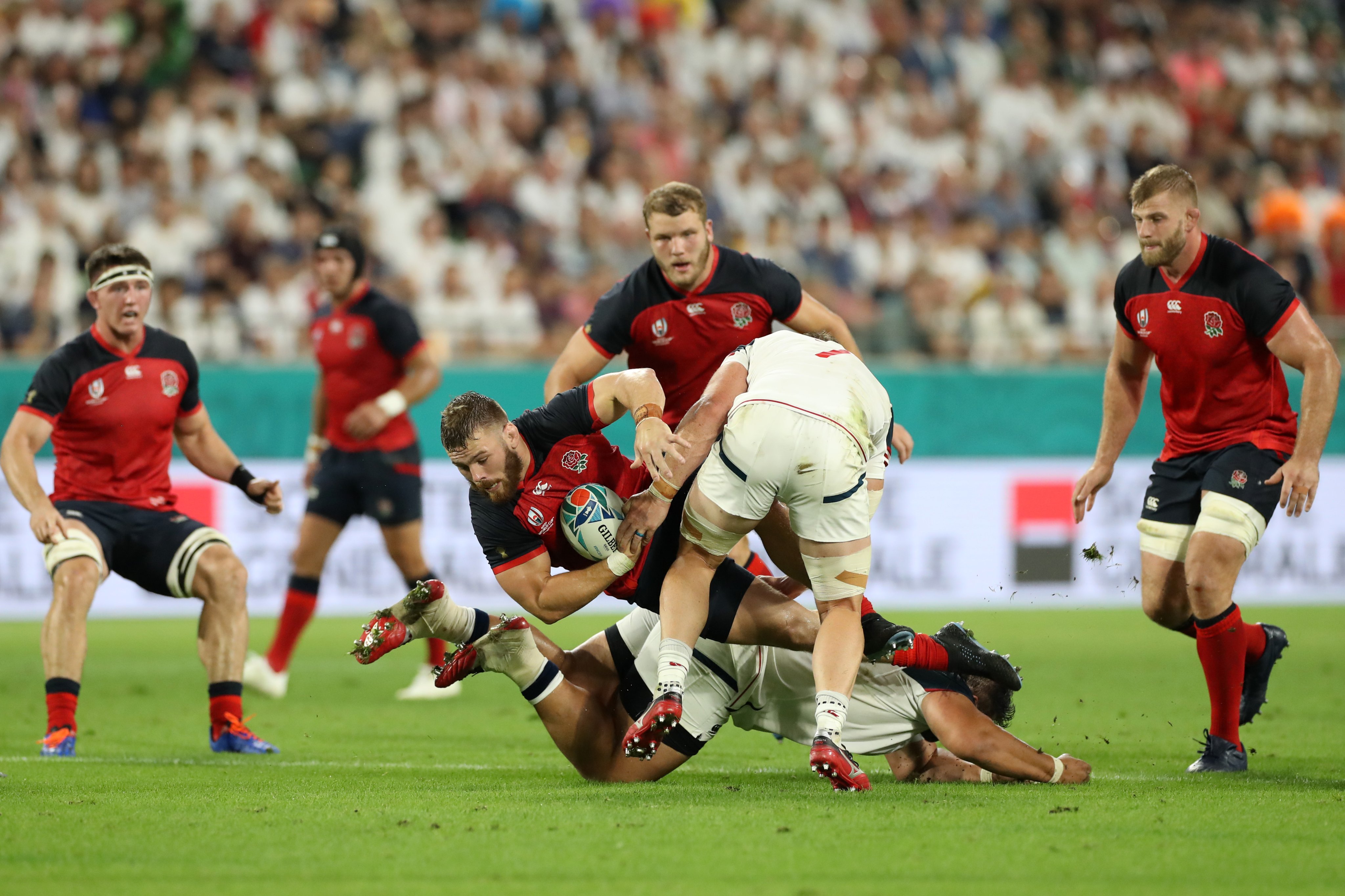 Strong at the set piece and got himself on the end of a try at the end of the 1st half
3. Dan Cole - 5
Done his job. Taken off at half time.
4. Joe Launchbury - 6
Solid game, especially at set-piece.
5. George Kruis - 6
Carried hard and defended well.
6. Tom Curry - 6
Put himself about, work rate very admirable.
7. Lewis Ludlam - 8

Lewis Ludlam for England. Life just gets better and better for the Saints star. pic.twitter.com/BhIZxxqYxQ

Really good performance. Carried well, was solid in defence and won himself 3 turnovers. Capped off a dream World Cup debut with a try too.
8. Billy Vunipola - 7
A solid 40 minutes work, carried hard and brought physicality to the England side. Got on the scoresheet too.
9. Will Heinz - 7
Controlled the tempo of the game well in his 50 minute spell.
10. George Ford - 8 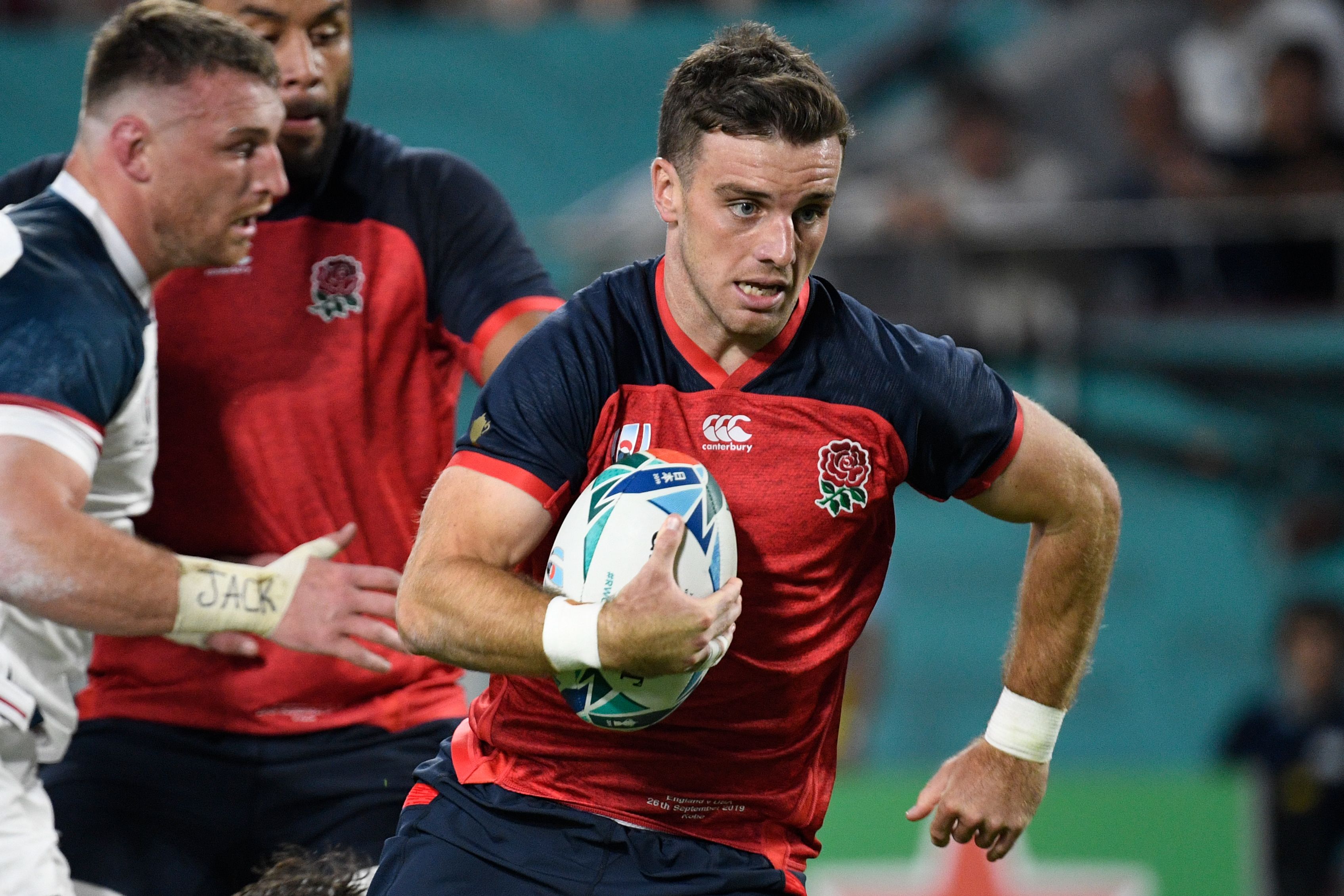 Scored England's opening try with a relatively easy run in. Ran the game superbly, has to play 10.
11. Joe Cokansiga - 7
Looks a real threat going forward showing immense power. Made a nice break in the 1st half and took his 1st try after Joseph's break well. Likewise with his second, showing his power to score.
12. Piers Francis - 6
Quiet game at 12.
13. Jonathan Joseph - 7
Quiet first half but brought the game to life in the second half with a SUBLIME piece of skill to setup Cokansiga for the BP.
14. Ruaridh McConnochie - 6 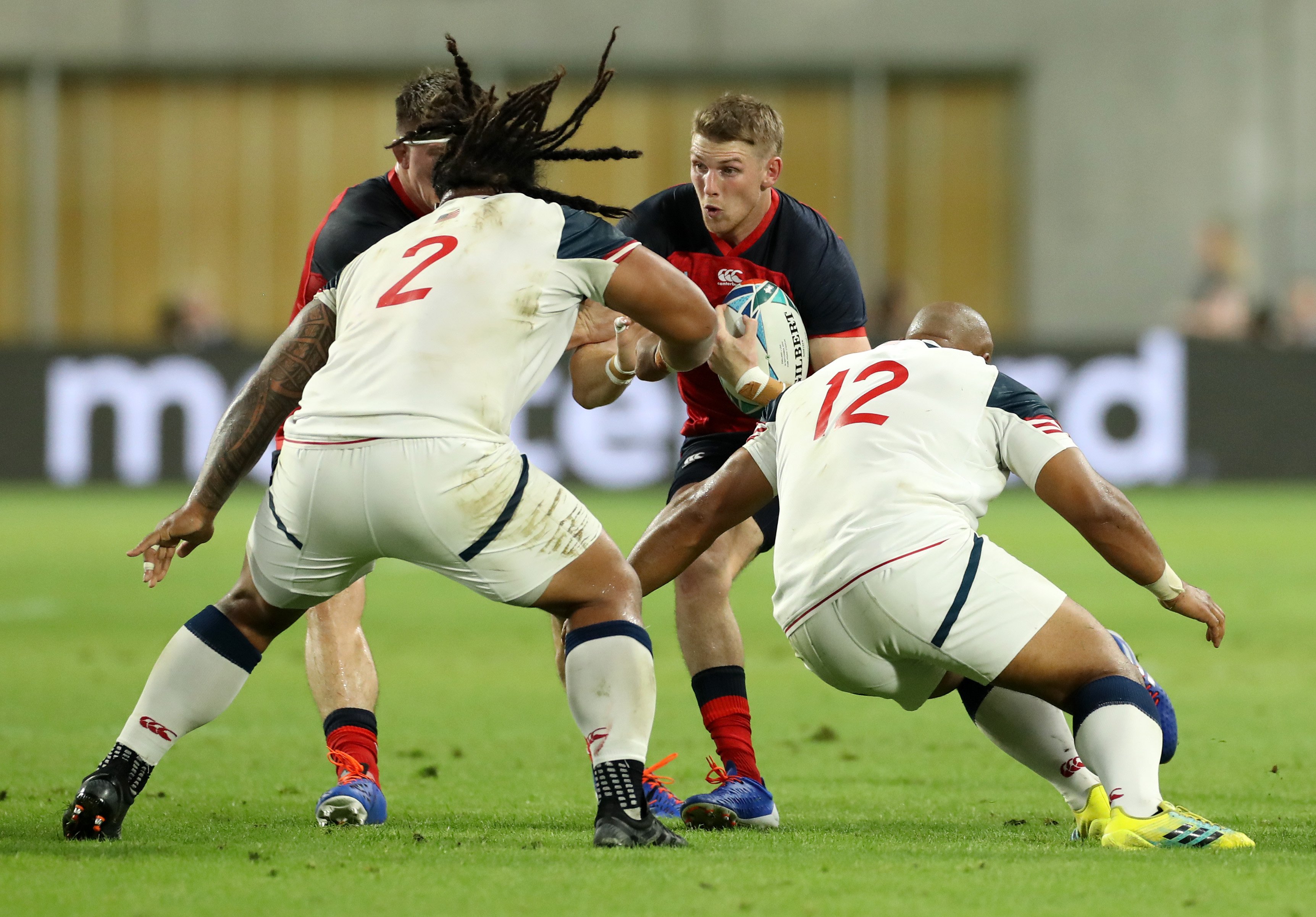