Exeter Chiefs, Racing 92, Bordeaux-Bègles and Bristol Bears are all represented on the prestigious shortlist for the 2020 EPCR European Player of the Year award after the 15 initial nominees were trimmed to five based on the combined verdict of a distinguished panel of rugby experts and a public vote.

The final five includes four players whose performances were vital in taking their clubs to the Heineken Champions Cup final at Ashton Gate next month.

Exeter are represented by the leading try-scorer in this season’s tournament, Sam Simmonds, as well as Stuart Hogg, whose international colleague Finn Russell makes it onto the list for Racing, alongside Virimi Vakatawa. The TOP 14 club are looking for a second accolade in three years as a former player, Leone Nakarawa, won in 2018.

Semi Radradra’s selection comes on the back of a stellar series of performances in the European Rugby Challenge Cup for Bordeaux-Bègles during the pool stage, and more recently for finalists, Bristol Bears. 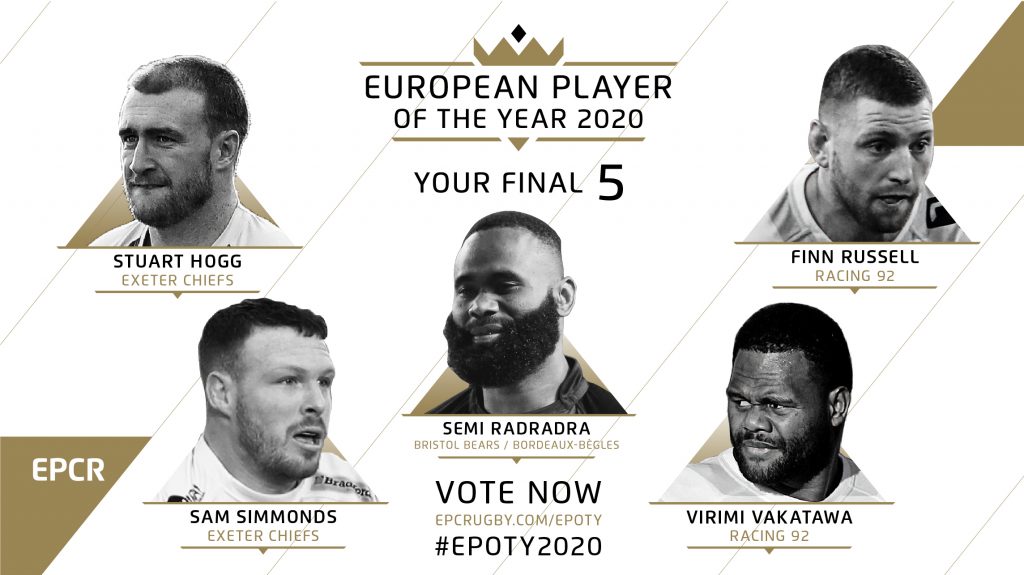