Everything you need to know about the Champions Cup Final, Line Ups, Team News, Stats and more

The pinnacle of the 2020-21 Champions Cup is in sight as rugby fans the world over are licking their lips in anticipation of the mouth-watering, all-French clash between La Rochelle and Toulouse which will no doubt bring the competition to a roaring crescendo.

It will be the first time that Toulouse and La Rochelle will meet in European competition, however, they are, of course, old adversaries with regards to the French Top 14. The recent history of their rivalry is dominated heavily by Toulouse, who have emerged victorious in 6 of their past 7 encounters.

With this upper hand, as far as history goes, Toulouse will be fired up confidence-wise as they sharpen their blades this week, plus, should they win on Saturday, it will be a record fifth title under the belt – a most prestigious achievement for any European club. Interestingly, of their current four titles, three were forged against French opposition.

Throwback to the last Toulouse side to win the #HeinekenChampionsCup 🏆

Another trophy 11 years on? 🤔 pic.twitter.com/23wLvSIB4u

As if Toulouse’s wonderful backs are not enough to contend with, their set-piece has glowed this season; they boast a 100% scrum success record as well as having won 29% of opposition scrums – the finest record in the competition.

The stats show that La Rochelle’s attack and defence has been slick this season. In broken play, they average 11.4 offloads per game (second-highest in the competition behind Lyon) while they’ve also managed to stifle the lion’s share of opposition offloads (averaging only 4.5 per game against them).

There are significant individuals in each line-up, the capabilities of whom will contribute significantly to what is sure to be a revered display of rugby. Gregory Alldritt (La Rochelle) has racked up 59 carries in the competition so far – the highest of any player – and has managed to beat 10 defenders – tie-first amongst the forwards in that particular stat as well.

One name which will be uttered with a high degree of frequency in the run-up to the kick-off will be that of Antoine Dupont. It has been a thunderous year for the 24-year-old who is now widely considered to be the best in his position the world over, and the stats seem to agree.

Dupont has once again proved himself to be an attacking dynamo, posting the joint-top number of tries in the competition (4), as well as boasting the highest average gain per carry (7.8m). He holds second place in two other stats; offloads (7) and defenders beaten (20). The live-wire scrum-half will no doubt be marked out by La Rochelle’s tough, hard-working flanker Wiaan Liebenberg, who has racked up the highest average number of tackles per game in the competition (16.9).

ROUTE TO THE FINAL 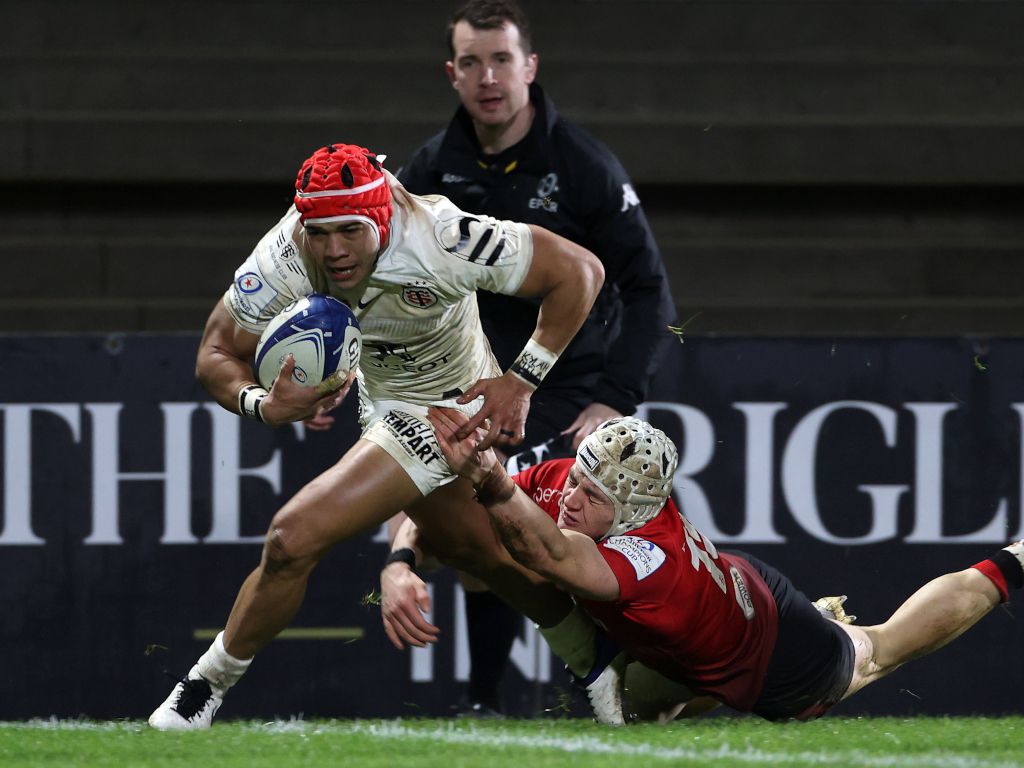 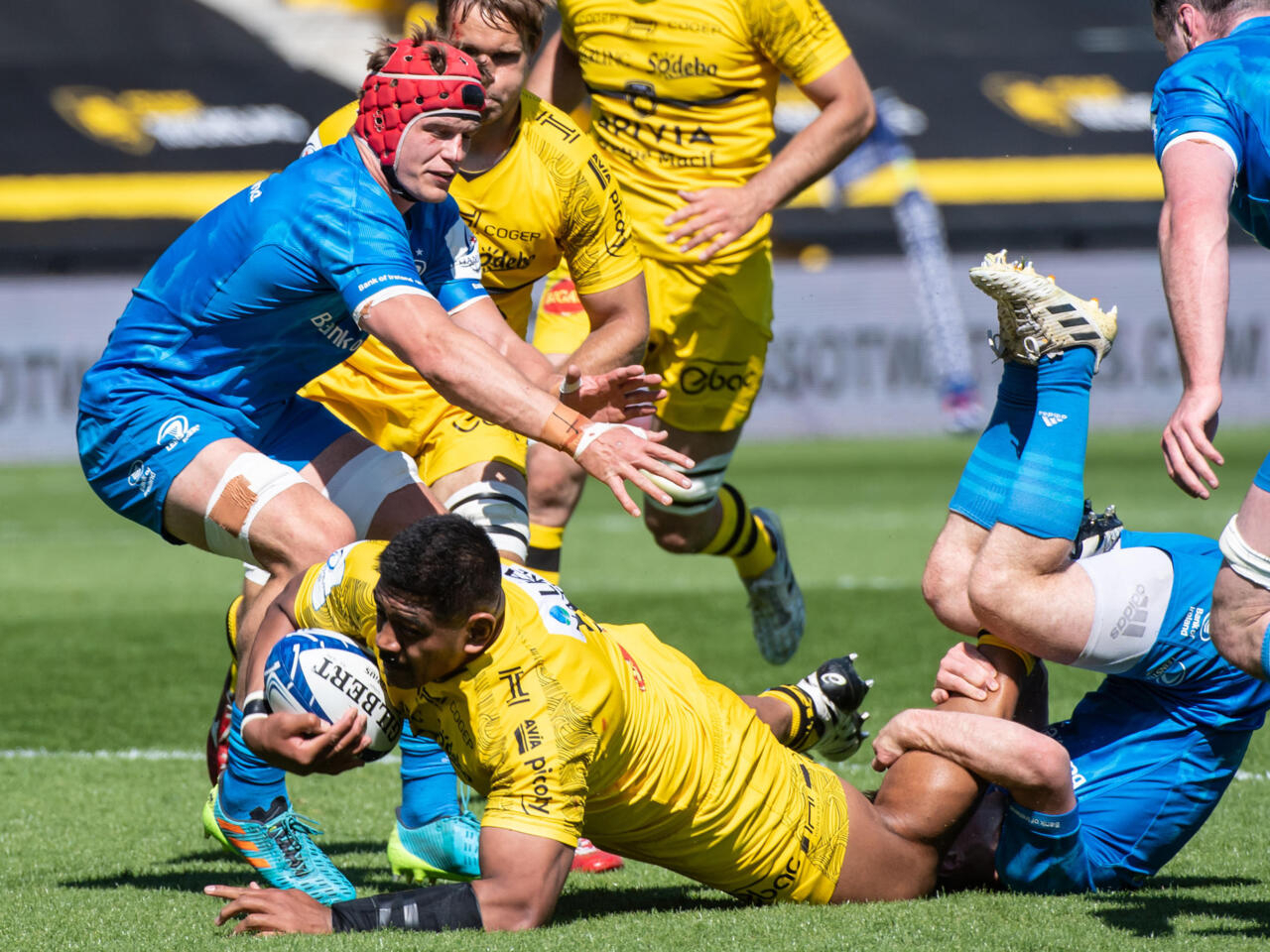 Will Skelton (La Rochelle): “We’ve got guys like [Dillyn] Leyds, guys like Victor [Vito], Greg Alldritt, who don’t change the way they play, they play to their strengths. Ronan and Jono facilitate that at training and its showing on the field.

“Ronan’s a legend of the game. I didn’t know how it’d go as a coach though, because it doesn’t always transfer – being a great player to a great coach. But for me, he’s been awesome. He’s been someone who has helped on the side of playing to your strengths.”

Cheslin Kolbe (Toulouse): “I just need to make sure that I prepare well throughout the week, before we leave for England and then I can calm down the nerves through the preparation we put in. I think it’s probably [partly due to] the long wait, Toulouse not getting the fifth title for ten years.

“Obviously there’s a bit of pressure on us as players to try and create history by getting that fifth star onto the jersey. But I’d definitely say that’s going to be our main focus. I think we just need to focus on the processes in the game.”

La Rochelle: Two changes from side that beat Leinster 32-23 in the semi-final with Dany Priso coming into the starting XV at loosehead replacing Rada Wardi who drops to the bench. Wiaan Liebenberg and Kevin Gourdon also switch places from the semi-final with the latter now starting the final. La Rochelle have gone for a 6-2 split in favour of the forwards on the bench with Arthur Retiere covering scrumhalf and wing with Jules Plisson in the #23 jersey.

The backline remains unchanged with Kerr-Barlow and West the halfbacks, Botia and Doumayrou the centres with Rhule, Leyds and Dulin the back three.

Toulouse: Thomas Ramos is back for Toulouse but he has not been rushed into the starting XV despite starting there at the weekend against Bayonne. In fact it is Maxime Medard in the #15 jersey with Matthis Lebel and Cheslin Kolbe on the wings. Zack Holmes falls out of the matchday 23 that beat Bordeaux 21-9 in the semi-finals with Los Pumas centre Juan Cruz Mallia starting in the centres alongside Pita Ahki. Antoine Dupont captains the side with Romain Ntamack his halfback partner.

Rynhardt Elstadt missed the quarter and semi-finals but returns for the final and starts in the #6 jumper with Francois Cros and Jerome Kaino completing the back row. The two Arnolds Richie and Rory start in the second row with Peato Mauvaka replacing the suspended Julien Marchand at hooker. Cyril Baille and Charlie Faumuina retain their starting roles.

Toulouse have also opted for a 6-2 split in favour of the forwards for the final with Baptiste Germain and Thomas Ramos covering the backs.