Omar Mouneimne takes a dive into how world-class flyhalves unlock modern defences in his latest exclusive look into the modern trends of rugby.

ALSO: OMAR looked at the duel between modern attack and modern defence

AND: Analysed the Springboks' defensive structure

So what do you want your flyhalf to do to a defensive line?

So the defence doesn't know which defender to shoot up on and attack.

2. When the flyhalf gets the ball off an alternative first receiver, you want your flyhalf to create a 'double interest' meaning you want him to interest the defender in front of him as well as on side to create gaps elsewhere.

So how do these four flyhalves compare?

Beauden Barrett is an extremely athletic flyhalf and he uses his speed to get around the defenders but this can be a weakness of his as he often fails to draw the interest of defenders and create that 'double interest'.

As you can see in the GIF below, Barrett looks accelerate into a 'gap' but because there are no real attacking threats for the defence to deal with, he is shut down and hit backwards.

Contrast that to George Ford in GIF below, Ford has options inside and outside of him when he gets the ball. Because he 'double interests' and goes all the way to the line, he manages to 'sit down the defence' and puts Will Spencer through the gap.

Ford then follows the play well to link up with Ben Youngs once again.

Now Danny Cipriani is arguably the best at this as he regularly draws in a few defenders before putting a teammate in some space.

In the GIF below, he doesn't just shovel it on. He runs onto the second defender, sits down Joe Marler before producing the short ball creating go forward momentum. 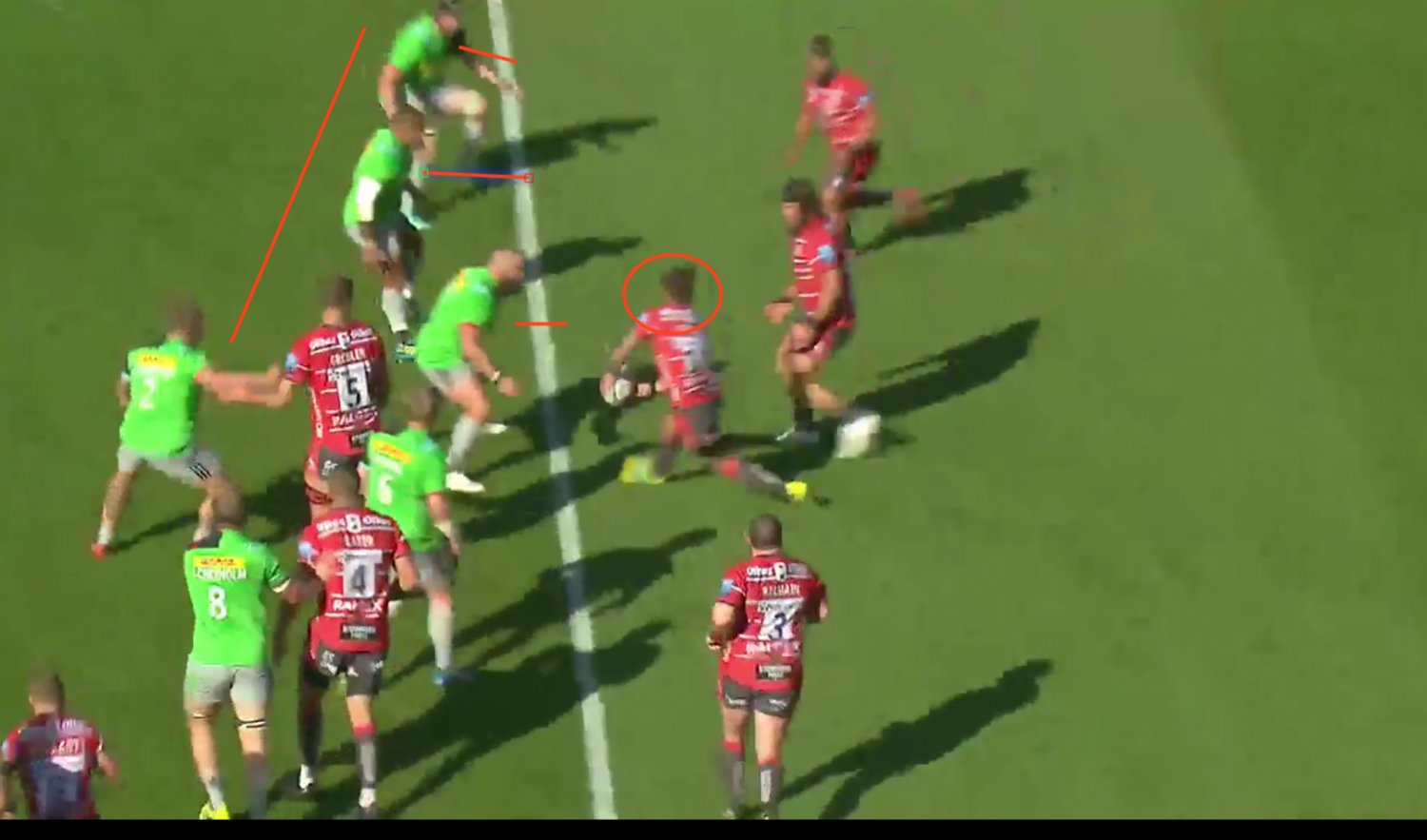 Finally, Mo'unga manages the shape a bit better than Beauden Barrett is possibly the reason the All Blacks have slotted him in at flyhalf.

In the first clip, Franks plays it out to Mo'unga who isn't in the best position and doesn't have many options. This makes it possible for the Jaguares to put him under pressure and he shovels the ball on and Jaguares knock the Crusaders backwards.

In this second clip below, the shape is run much tighter as Mo'unga organises the attack and then runs a superb line off the shoulder of Matt Todd (out the back) to race through the gap.

Some flyhalves manage the shape better like George Ford and Danny Cipriani and they effective the shape as they go to the line harder and other guys like Richie Mo'unga and Beauden Barrett are more athletic but don't run the shape as well.