“We have only got two hookers so we are a bit limited with Jamie coming on the bench,” Gatland said.

“And we had spoken potentially about Finn Russell being on the bench but Owen can cover us at twelve and then Anthony Watson on the bench is covering the back three. We just wanted to give Finn a little more time. He had a little bit of a slight ankle strain last week with Racing so we thought we would just give him a little more time to get that ankle right even though he is training fully. Yeah, that was our thoughts behind that.

It was quickly observed that Gatland’s match-day squad contains a large contingent of players who started the third test of the last series against the All Blacks in 2017. However, Gatland pointed out that there is no method behind this.

Just a coincidence,” he said. “I haven’t even looked at the numbers. We wanted to play a few of the Scottish boys because they are at home and a few others have come in late with the Saracens boys and the Exeter boys not being available. That just changes the make-up of the side a little bit. It wasn’t really thinking too much about players and the combinations and where they come from, it was players that had been available to us the last couple of weeks and putting out what we think is a strong side that can do a job for us.

“They have already had a warm-up game against the Sunwolves. They probably felt they weren’t at their best, particularly in the first 50, 60 minutes, but they won the game in the end so they will be a lot stronger as a combination for this game on Saturday. They are World Cup quarter-finalists so you have to respect what they have achieved in recent years and we are expecting a really tough encounter first up.

“We know we are going to be a little bit rusty. We are trying to put some layers together in terms of what we are trying to achieve as a squad, getting calls and the players becoming familiar with each other. We know that is going to take a bit of time.

“It’s brilliant we are going to have some crowd there in Edinburgh – 16,500 – which is great and this group of players get the chance of getting this tour off to the right start. They get the chance to really impress but also it’s an important job for the whole squad that we go out there and give a good performance as well.” 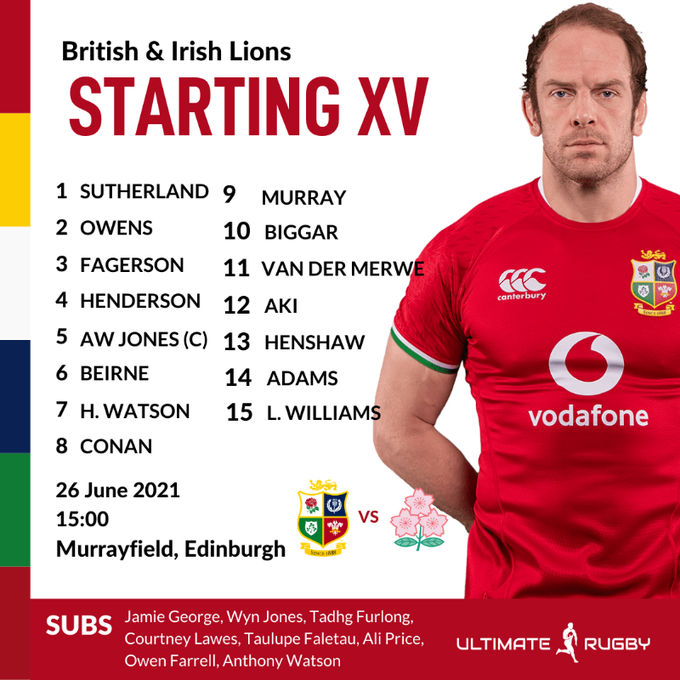