The Ireland team to play England at Twickenham on Saturday has been named with Rory Best returning to captain the side which includes several players making their season start.

Hooker Best is joined in the front row by Cian Healy who will win his 90th cap with Tadhg Furlong packing down at tighthead.

Iain Henderson returns to the starting XV replacing Devin Toner with Jean Kleyn set to earn his second test cap. The back row sees Peter O’Mahony, Josh van der Flier and CJ Stander get their first outing of the season.

Flyhalf Ross Byrne will win his 3rd test cap, having previously featured against Italy and the USA in the 2018 Guinness Series. Byrne starts at fly half outside the returning Conor Murray.

Bundee Aki and Garry Ringrose renew their centre partnership from the final round of the Six Nations against Wales while Rob Kearney is flanked by Jordan Larmour and Jacob Stockdale.

Jack Carty, who took over from the injured Joey Carbery in the game against Italy two weeks ago, is named in the replacements with Luke McGrath and Andrew Conway as the other back subs.

Sean Cronin and Jack McGrath are in line for their first start of the season off the bench which also includes Andrew Porter, Devin Toner and Tadhg Beirne who all featured at the Aviva Stadium earlier this month. 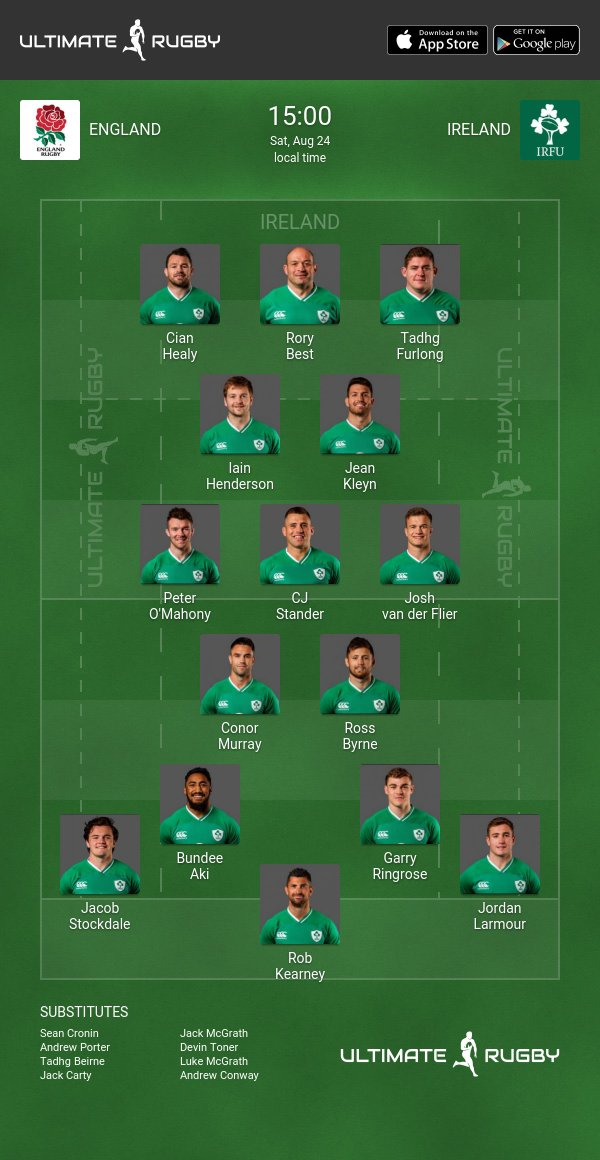