Ireland Teams For Round 3

Ultane Dillane takes a seat on the bench.

The much-anticipated game sees the possibility of Ireland capturing the Triple Crown if they are victorious at Twickenham in this traditional no-love-lost encounter.

Ireland, who have gelled beautifully as a team so far this season, will fancy their chances, however, a win over England at Twickenham remains a significant hurdle for any opposition.

Head coach Noel McNamara has made four changes to his team to tackle England at Franklin’s Gardens.

In the backs, Ulster boys, Ethan McIlroy and Hayden Hyde, have recovered from illness and are placed back in the starting XV.

Two changes in the pack see John McKee earning his first start in the competition at hooker and Alex Soroka comes in on the flank.

“The players are ambitious and they are constantly looking for improvements in their performance, both individually and collectively and that’s the target for Friday night.” McNamara said. 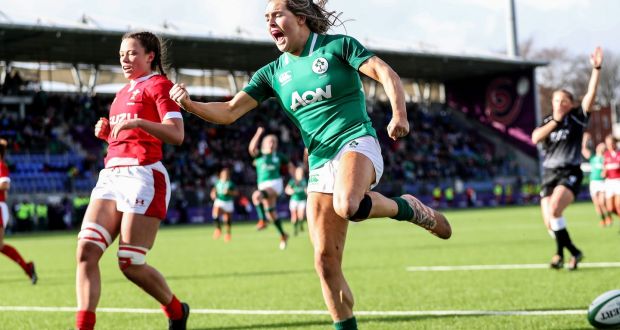 Coach Adam Griggs has made only two changes to his team which trounced Wales in Round 2.

Beibhinn Parsons is replaced on the wing by Aoife Doyle and Katie Fitzhenry makes her first appearance of the tournament at centre.

Griggs was in high spirits this week ahead of the encounter:

“We are really looking forward to traveling over to Doncaster for this match. We have had a solid start to the tournament with two wins and are happy with the step up in our performance from week to week so far.

England are the defending champions and are coming into this game unbeaten too so It’s going to be a real challenge, However we intend to focus on what we can control within our own game and believe if we get our systems right that we should be able to really put them under pressure.

We have no intention of giving them anything easy and are relishing the opportunity to test ourselves against one of the best in the world.” he said.