Leicester Tigers will host defending league champions Saracens in the opening home game of the new Gallagher Premiership season following a trip to Worcester Warriors in Round 1 in October.

With the start of the league season delayed by the pool stages of the Rugby World Cup in Japan, Tigers kick off against the Warriors at Sixways on Saturday, October 19 (3.00pm) and then host Saracens in the first home game of the campaign on Sunday, October 27 (3.00pm).

Gloucester Rugby then visit Tigers in the second of back-to-back fixtures at Welford Road and Tigers also go to newly-promoted London Irish before the first rounds of European competition in mid-November.

The opening phase of the league campaign also features trips to Northampton Saints and to face Harlequins at the national stadium, plus a home game against Exeter Chiefs at Christmas and a visit from Bristol Bears in the opening fixture of the New Year.

The first half of the season concludes with league games at home to Wasps and away to Sale Sharks, while the second half includes home games against Bath and Saints before Harlequins visit Welford Road in the final round of the regular programme on the weekend of June 6/7.

After the late start to the season, the knockout stages start in mid-June, with the Gallagher Premiership Final at Twickenham on June 20, 2020. 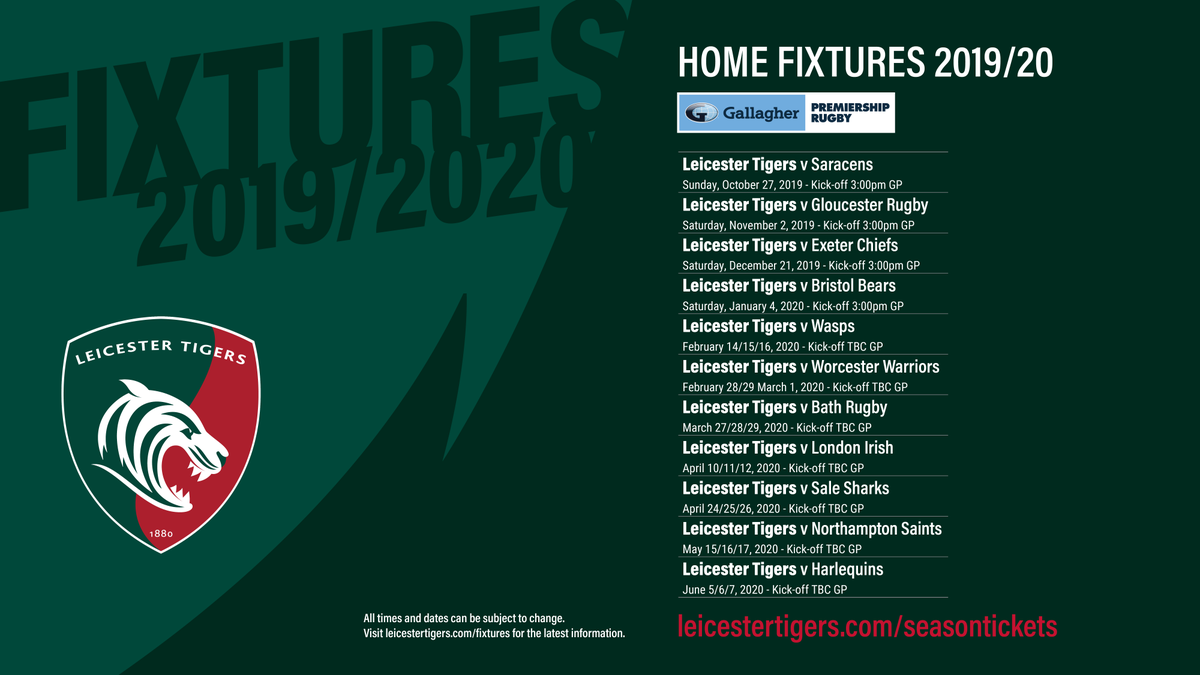