Monday Afternoon Round Up

Newcastle Falcons’ ambitious recruitment plans for the 2017-18 season have advanced with the news that Fijian international Josh Matavesi and younger brother Joel Matavesi have both signed for the club.

Josh, 26, is a 17-times-capped centre who was born and raised in Cornwall, where his father Sireli came to live after visiting with the Fiji Barbarians on a tour to the UK in the 1980s. Part of the Ospreys side which defeated Newcastle Falcons in the European Challenge Cup last month, Josh will move to the North East following the end of the current season.

Joel, 21, is a fly-half who has also spent time with the Ospreys, the English-qualified former Exeter Chiefs academy player currently representing Redruth in National Two South ahead of his summer switch.

Falcons Director of Rugby, Steve Tandt commented saying : “Josh is a proven and versatile performer who fits our style of play and can go well in a number of positions, such as centre and fly-half.

“I am sure our supporters will enjoy his flair and the impact he can make on the game, and then in Joel we have a very promising young talent who is looking to make the step up. It all points to very exciting times when we look at how the squad is coming together for next season.” Italy coach, Conor O'Shea, has called Michele Rizzo into the squad to face England on Sunday. Rizzo has recovered from a knee injury and will replace the unavailable Dario Chistolini.

The Leicester Tigers loosehead last played for Italy in the 2015 Rugby World Cup and currently has 22 Test Caps to his name.

Ospreys have announced the signing of Cardiff Blues centre Cory Allen. He has signed a two-year contract and will link up with his teammates this season.

Allen is a represented Wales U18 and U20, as well as impressing on the 7's curcuit when he scored a fantastic try in the Hong Kong 7's.

Allen has represented Wales senior side on 4 occasions including the 2015 World Cup match where he scored a hatrick against Uruguay. 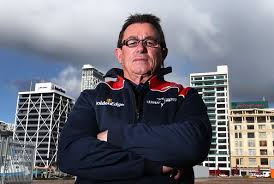 Connacht Rugby confirmed today that Kieran Keane will join the province as Head Coach ahead of the 2017/18 season, having signed a three-year contract.

“Kieran’s rugby CV speaks for itself and immediately highlighted to us that he was the perfect fit for Connacht Rugby in the context of the profile of coach that we were looking for.

Keane commented on his appointment:

“During my recent trip to the West of Ireland, I had the chance to meet many people within Connacht Rugby and I was immediately taken by the genuine passion they have for the people they represent and the ambition they have to achieve so much more.

Keane joins from Chiefs he is currently works as Assistant Coach to Dave Rennie. He also has past experience with Jamie Joseph at the Highlanders and New Zealand youth sides. "Steve Diamond of Sale Sharks will appear before an RFU Disciplinary panel charged with conduct prejudicial to the interests of the union and/or the game," read an RFU statement.

"Following the conclusion of the Anglo-Welsh Cup match between Harlequins and Sale on Friday, February 3, the Sale director of rugby is alleged to have verbally abused the match officials.

"Diamond will appear before an RFU Discipline panel chaired by Sam Hillas on Wednesday, February 22 at 6:30pm." 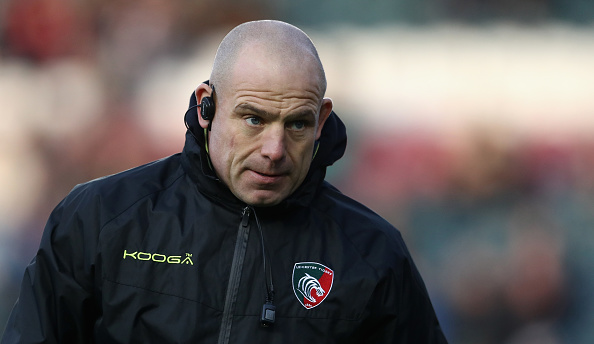 Richard Cockerill has been appointed the new Head Coach of Edinburgh Rugby with effect from the start of next season, on a two-year deal.

Mark Dodson, Scottish Rugby Chief Executive said: “I am very pleased to have secured Richard’s services given how highly sought after he was from leading clubs across Europe.

"As a highly experienced, winning coach we targeted him and worked hard to ensure his talents could be secured for the benefit of Edinburgh Rugby.

"I believe his appointment clearly demonstrates our commitment to developing and maintaining success at our professional clubs in Scotland.

Bath Rugby have announce that scrum-half Darren Allinson has agreed a deal to re-join the Club on a two-year contract from the start of the 2017/18 season.

“We are delighted to have secured the services of a number of first team players recently and to add Darren to that list is really pleasing," commented Director of Rugby, Todd Blackadder.

“He is an experienced player and a calming influence on and off the field, which will be invaluable over the next few seasons.”

The 29-year-old joined Bath from London Irish in November on a short-term loan and will return to his parent club until the end of the season, before heading back to the West Country for pre-season training.

Brumbies have announced the inclusion of scrum-half Dewet Roos in their 2017 Super Rugby squad.

“We have been looking at our options in the number nine position since it was confirmed that we would lose Tomas for an extended period of time,” Head coach Stephen Larkham said.

“The signing of Dewet will provide additional competition at scrum half. With two young players in Joe Powell and Ryan Lonergan in that area we felt the need to bring in a more mature option, an older head who can provide some game experience and help the progression of our young talent.”

Most recently Roos was scrum-half for the Australian Barbarians side that provided the opposition for the Brumbies first trial match of the season, the 59-0 success at Viking Park, Erindale. 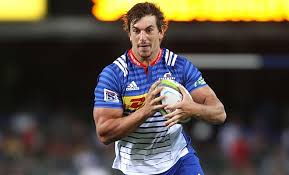 Stomers coach Robbie Fleck has announced his 45-man squad for the 2017 Super Rugby season. The side has a good mixture of youth and experience while Scarra Ntubeni, Leolin Zas and Steph de Wit are all emitted due to injury.

France U20's have made 3 changes to their squad ahead of their clash with Ireland, in Dublin, on Friday.