Ardie Savea voted All Blacks player of the year by peers

Ardie Savea has been voted the best All Black of 2019 in this year's New Zealand Rugby Players Association (NZRPA) awards.

The loose forward earned the award after coming out on top of the New Zealand Rugby Players Association polls. 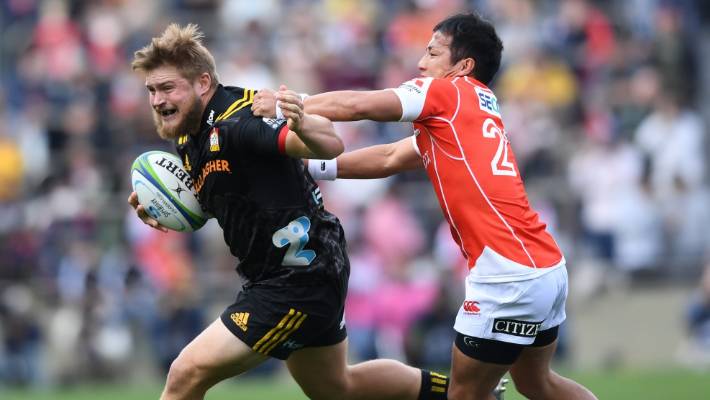 24-year-old Chiefs hooker and former All Blacks Under 20s starter Liam Polwart has announced he is retiring from rugby following ongoing issues with concussion.

Polwart was missing from the Chiefs squad for the 2020 Super Rugby season, and the club didn’t provide an explanation for his omission, but the Bay of Plenty star decided it wasn't worth the risk to play further.

Champions Cup Team of the Week Round 3 Another round of the Champions Cup has come and gone! And what a weekend it was with Clermont shining on Friday evening, Munster piping Saracens on Saturday and some pulsating action on Sunday rounding out a busy weekend.
We have selected our standouts from the weekend's action. Full story
Springbok coach linked with England job Eddie Jones may need to rebuild his backroom staff in the new year with Scott Wisemantel and Steve Borthwick set to leave the national set up.

Wisemantel is said to join Dave Rennie's coaching set up in Australia with England’s scrum coach Neal Hatley having already rejoined Bath, while the forwards' coach Steve Borthwick is reportedly set to join Leicester Tigers, either before or after the Six Nations.

Jones is said to have identified Northampton Saints coach Sam Vesty as a replacement for the departing Wisemantel while he will reportedly look a bit further from home for Borthwick's replacement.
According to a report by Netwerk24, Jones is looking to add Springbok assistant coach Matt Proudfoot to his coaching staff. Full story
Injury puts Johnny Sexton in doubt for Six Nations Johnny Sexton could face a race against time to be fit for the Six Nations after suffering a knee injury in Leinster's win over Northampton Saints.

The Leinster and Ireland playmaker suffered suspected ligament damage to his right knee in Saturday's Champions Cup game between the leaders of the Premiership and Pro14.

“Johnny has taken a bang to the knee and we’ll see how much damage has been done,” Leinster boss Leo Cullen said.

"He's a little uncomfortable at the moment," he said post-match. Full story

France to face World Champions in 2020 France have confirmed who they will face in the Autumn Internationals next year.

The French will host the Wallabies on November 14 and world champions Springboks a week later, with both games at the Stade de France.

They will also face Georgia for the second time in their history, the French rugby federation announced on Saturday.

The Blitzboks will head to their home event in Cape Town on top the HSBC World Rugby Sevens Series 2020 standings after beating New Zealand 15-0 in the Dubai Rugby Sevens Cup final.

South Africa ended a run of three defeats against New Zealand to win a seventh Dubai Rugby Sevens title at 7he Sevens Stadium on Saturday.

The first Cup final meeting between the two nations since South Africa triumphed 24-12 in the desert back in 2017, looked to be heading for a scoreless first half after Chris Dry knocked on in the act of scoring and then Zain Davids was held up over the line. Racing 92 have confirmed that Leone Nakawara's contract has been terminated with immediate effect.

The Fijian International failed to return to the club on time after the Rugby World Cup and according to a statement released by the club did not return their messages and set his own date of return.

"After a few days of reflection added to the legal deadlines in force, Jacky Lorenzetti, President of Racing 92 decided to terminate the contract of Mr Léone Nakarawa." - the statement said.

"This decision, taken in consultation with the sporting director of the club, follows the proven disciplinary deficiencies of Mr. Leone Nakarawa who, in particular, did not show up for the resumption of training scheduled on October 28, 2019." Full story