The Chiefs have named an exciting and experienced squad as they enter a new era in 2018.

31 players return from the 2017 season, including Jonathan Taumateine, Alex Nankivell, Aidan Ross, Fin Hoeata and Samisoni Taukei’aho who all impressed as squad replacement players in 2017.

In addition to the high number of returning players for the Chiefs, the 2018 squad has six new players vying to make their Super Rugby debuts for the team. These players are Te Toiroa Tahuriorangi, Luke Jacobson, Tiaan Falcon, Tyler Ardron, Regan Verney and Levi Aumua and add to the experience and depth across the squad.

A familiar face also returns with Chief #250 Marty McKenzie back after a stint down south with the Crusaders.

Waikato’s Luke Jacobson has progressed through the Chiefs Development programme and his squad berth caps off an impressive 2017 for the 20-year old, after captaining the New Zealand u20 side to the World Rugby Championship earlier this year as well as winning the Under 20’s Player of the Year accolade at the 2017 Chiefs Awards.

Te Toiroa Tahuriorangi returns to Chiefs Country after past experience playing for Rotorua Boys High School and the Chiefs Schools U18 teams. Tahuriorangi made the Maori All Blacks squad for the British & Irish Lions match and the current tour to Canada and France.

Regan Verney and Levi Aumua caught the coaches’ eye after impressive performances for Wellington and Tasman respectively in the Mitre 10 Cup. Verney hails from Taranaki and played for New Plymouth Boys High School, before going on to make his Mitre 10 Cup debut this year against Manawatu. Aumua is a powerful back who offers versatility, with the ability to play in the midfield and outside back roles. Aumua capped off an impressive Mitre 10 Cup campaign with a try in the Premiership final against Canterbury.

Canadian forward Tyler Ardron adds more international experience to the squad, having captained Canada at the 2015 Rugby World Cup, as well as playing for Ospreys in Wales. Ardron has integrated nicely to rugby in New Zealand, being part of the Bay of Plenty side who reached the Championship final of the Mitre 10 Cup. Ardron will again link up with forwards coach Neil Barnes whom he worked with during the World Cup with Canada.

24 of the 38-man squad are from the Chiefs region provincial unions of Counties Manukau, Waikato, Bay of Plenty and Taranaki. 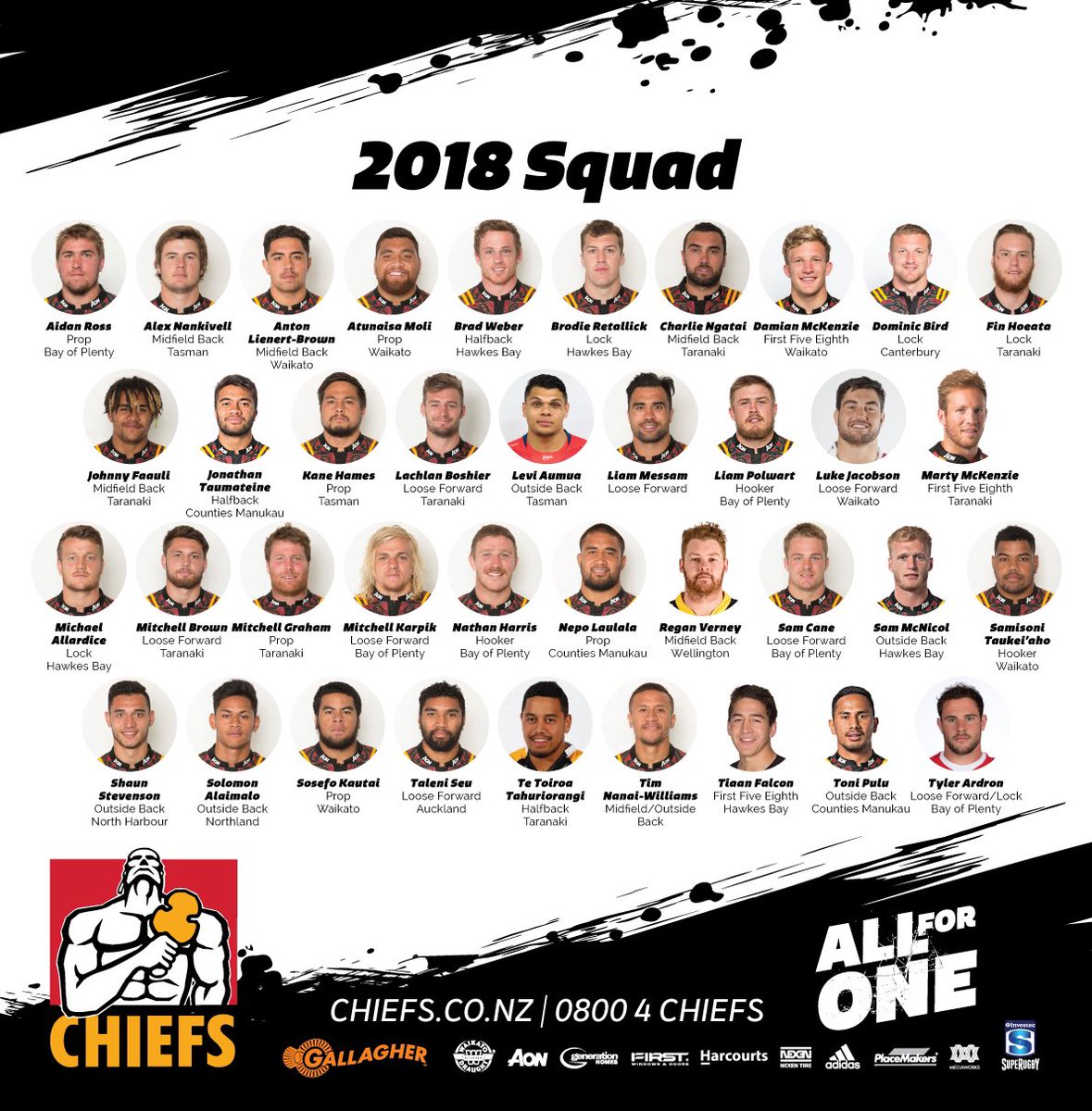