O'Mahony and Henshaw start as Deegan set to debut against Wales

Robbie Henshaw and Peter O'Mahony come into the Ireland starting line-up to face Wales in the Six Nations at the Aviva Stadium on Saturday, while Max Deegan could make his debut off the bench.

Centre Henshaw will play alongside Bundee Aki after Garry Ringrose suffered a hand injury during a 19-12 victory over Scotland on the opening day of the tournament last weekend.

O'Mahony gets an opportunity in the back row, with Caelan Doris ruled out due to the head injury he suffered on his debut in Dublin against Gregor Townsend's Scots. 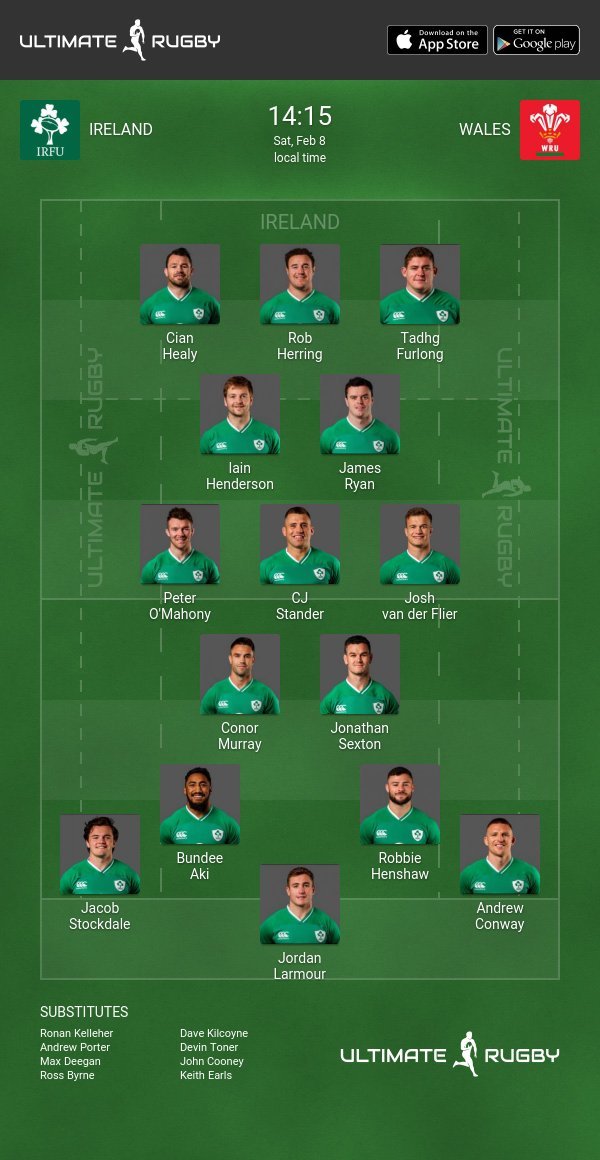 CJ Stander switches to number eight in the absence of Doris, with Josh van der Flier named at openside.flanker.

They are the only alterations to Ireland's starting XV for the clash with the defending champions.

The uncapped Max Deegan and vastly experienced wing Keith Earls feature among the replacements named by head coach Andy Farrell, who stuck to his approach of making an early team announcement.

Andy Farrell has made two forced changes to the side as Peter O'Mahony and Robbie Henshaw start for the injured Caelan Doris and Garry Ringrose.