Ireland head coach Joe Schmidt has announced his team for Saturday’s clash with Wales at the Principality Stadium in Cardiff with Peter O'Mahony taking over the captaincy.

There is an all-Munster front row with Dave Kilcoyne, Niall Scannell and John Ryan all starting while Iain Henderson is retained in the second row alongside James Ryan who is making his first appearance of the summer.

The back-row consists of Tadhg Beirne at blindside, Peter O’Mahony at openside and Jack Conan at number eight.

It's an all Connacht half-back partnership consisting of Kieran Marmion and Jack Carty while Bundee Aki and Chris Farrell make up the centre partnership.

In the back-three, Will Addison starts at fullback with Jacob Stockdale and Andrew Conway on the wings. 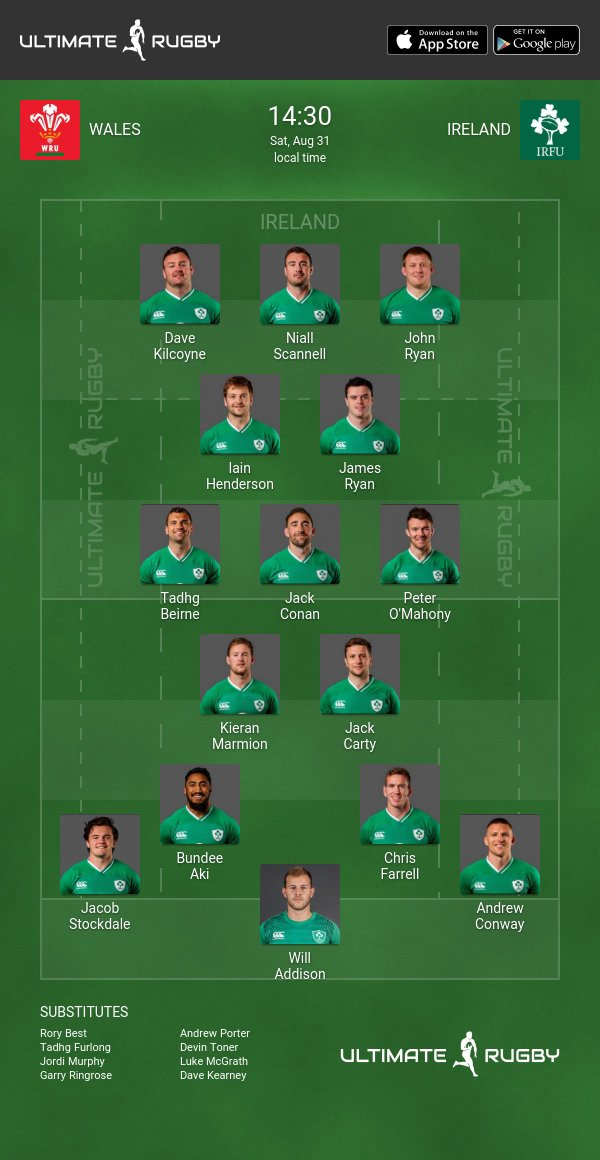