Pretty quiet afternoon for the loosehead. Struggled at scrum time under huge pressure from his opposite number. Carried the ball well when required and was solid in defence.

Lineout was very poor, only successfully hitting 11/15. However, made up for this inaccuracy with some dynamic carrying and very physical tackling.

Struggled in the scrum at times under huge pressure from the Leicester. However, he put in a very solid shift at the breakdown and made some huge tackles in defence. 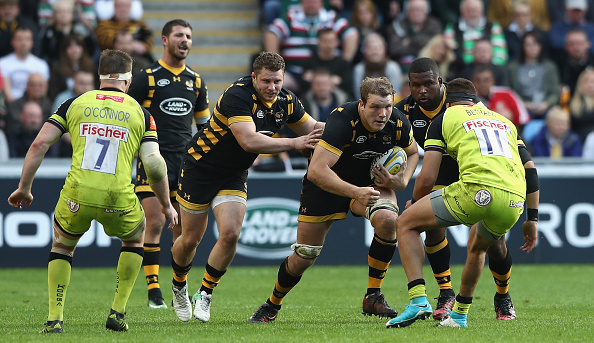 One of the standout performers in the pack. Great option at lineout time. Got through a huge amount of work at the breakdown and in defence. Also carried very dynamically and posed a constant threat with ball in hand.

Good option at the lineout and hit an impressive number of rucks. Solid in defence but never really made an impression with ball in hand.

Very quiet afternoon for the flanker. High tackle count and high number of rucks hit but not as dangerous with ball in hand as we’ve come to expect from him.

Quiet afternoon for Hughes. Failed to really hit top gear with ball in hand and didn’t cause the Wasps defence a lot of problems. Got through a solid amount of work at the breakdown and made some vital defensive tackles.

Solid performance from the scrum-half. Controlled his backline well and passed accurately. Box kicking not as accurate as his teammates would have liked. 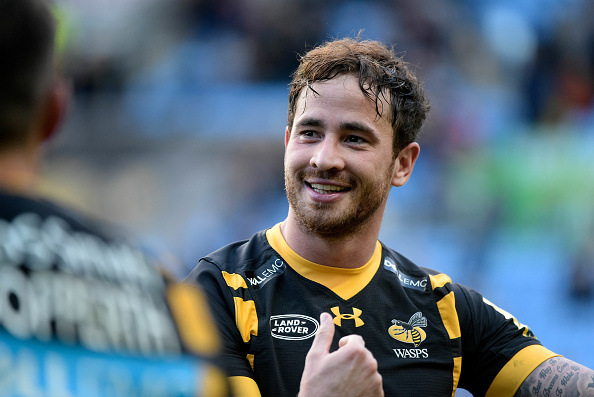 Played some lovely passes to set team mates into space at times. Kicked well out of hand and ran some very intelligent attacking lines.

Did extremely well to set up an early try for Beale. Caused the Leicester defence a lot of problems with his direct running and blistering pace. Very consistent under the high ball. 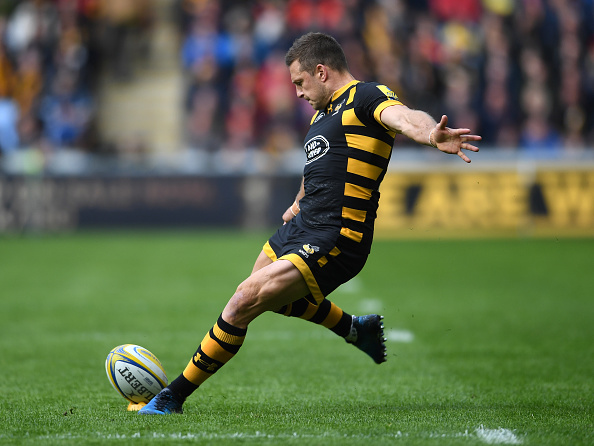 Kicked some vital points for his side from difficult tee positions and used well measured territorial kicks to pin Leicester back in their own territory. One of the stand out performers in the wasps backline.

Posed a serious threat in attack from start to finish. As always very solid under the high ball and an absolute rock in defence. Played some beautiful grubber and chip kicks which had the Tigers’ defenders scrambling.

Quiet afternoon for the usually dangerous winger. Didn’t get many opportunities to run at the Leicester defence and threw a few careless passes at times.

Another one of the stand out performers in the backline. Consistent under the high ball and dangerous when running from deep. Showed moments of attacking brilliance and got over for an incredible try but was unfortunately forced off early through injury.

Honourable mentions from the bench:

Continued the impressive work rate of Simpson when called upon from the bench. Put in some excellent territorial kicks at key moments and injected excellent tempo into the Wasps attack.

Made a really positive impact off the bench. Looked extremely dangerous with ball in hand, kicked well and ran some very intelligent attacking lines. His efforts were rewarded in the 78th minute when he dived over to score the game winning try.

Very solid at scrum time, piling the pressure onto the Wasps front row. Carried powerfully and made some big hits in defence. 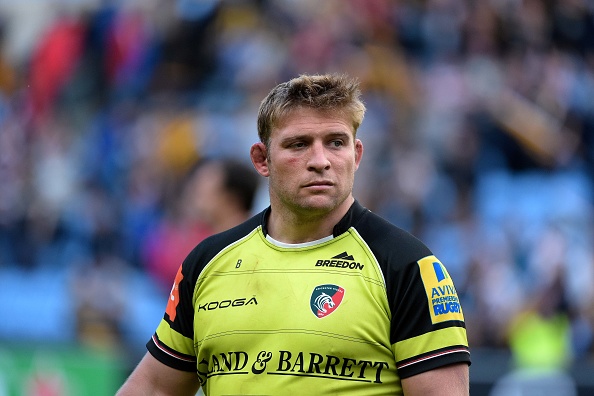 Put in a very solid shift at the breakdown and in defence. Lineout was excellent posting a 100% success rate. A very solid 60 minutes of rugby from the hooker.

Impressive at scrum time, causing his opposite number a lot of problems. Carried well and tackled hard. Unable to last the full 80 minutes but can be proud of his efforts.

Very physical at the breakdown and an impressive option at the lineout. Made some good defensive tackles but was unable to make a significant impression with ball in hand.

Quiet afternoon from the second rower. Made his tackles when required and hit a decent number of rucks. Unable to make an impression in attack.

Very solid defensive shift from the flanker. Put in some crucial tackles over the course of the 80 minutes but failed to make a significant tacking impact. 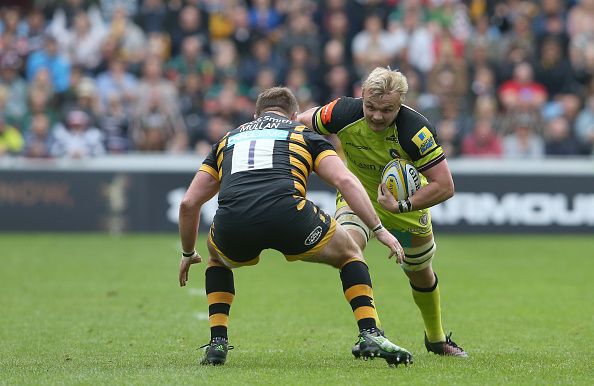 Impressive at the breakdown, securing some vital turnovers for his side. Very solid in defence and carried well at times.

Looked dangerous with ball in hand, carried well and showed good handling skills. Unfortunately forced off early in the second half but impressive until then.

Disappointing performance from the usually exceptional scrum-half. His box kicking was inaccurate and he didn’t look as dangerous with ball in hand as usual.

Excellent performance in his last game in a Leicester shirt. Kicked extremely well, both off the tee and out of hand. Threw an incredible cut out pass for Peter Betham’s try in the first half and posed a constant threat with ball in hand.

Very solid afternoon from the wide man. Consistently posed a threat in attack with his beautiful footwork and powerful running which was rewarded with a try after 28 minutes. Solid defensively and diligent at the breakdown.

Pretty quiet afternoon for the usually impressive centre. Solid in defence but ineffectual in an attacking sense and played some poor territorial kicks.

Quiet day for the centre. Didn’t get many opportunities to run at the Wasps defence with ball in hand but secured a vital turnover at one stage to prevent a sure try.

Very quiet performance from the wide man. Never looked dangerous with ball in hand and question marks over his aerial ability defensively.

Very impressive performance from the full-back. Looked incredibly dangerous with ball in hand and had the Wasps defenders worried at all times. Got over for an excellent try early in the second half following some excellent hands.

Continued the impressive work of Hamilton when called upon form the bench. Hit countless rucks and stood up in defence making hit after hit. Was unable to make a real impact with ball in hand.

Wasn’t given a huge amount of time to make a real impact but was impressive in his ten-minute cameo. Injected some real tempo into the Leicester attack and played some lovely kicks at times.