The penultimate game of the round takes the form of Saracens hosting the table-topping Exeter Chiefs at Allianz Park on Sunday evening.


While Saracens are out of the running as far as the trophy is concerned, they still field one of the strongest outfits in the competition, making this particular match-up a feast of a clash.


Exeter put Gloucester away without too much trouble in Round 19 while Saracens, without their captain and England international Owen Farrell, slumped to a 24-17 defeat to Sale.

A grim, ill-tempered scrap reared its head the last time these old foes took each other on. While Exeter took the honours at the end, 14-7, there was not much in it between the teams, an element which will hopefully replicate itself this round.

Exeter are currently sitting pretty at the top of the table with an enviable 14-point cushion and complacency seeming to be their biggest enemy as the play-offs approach. 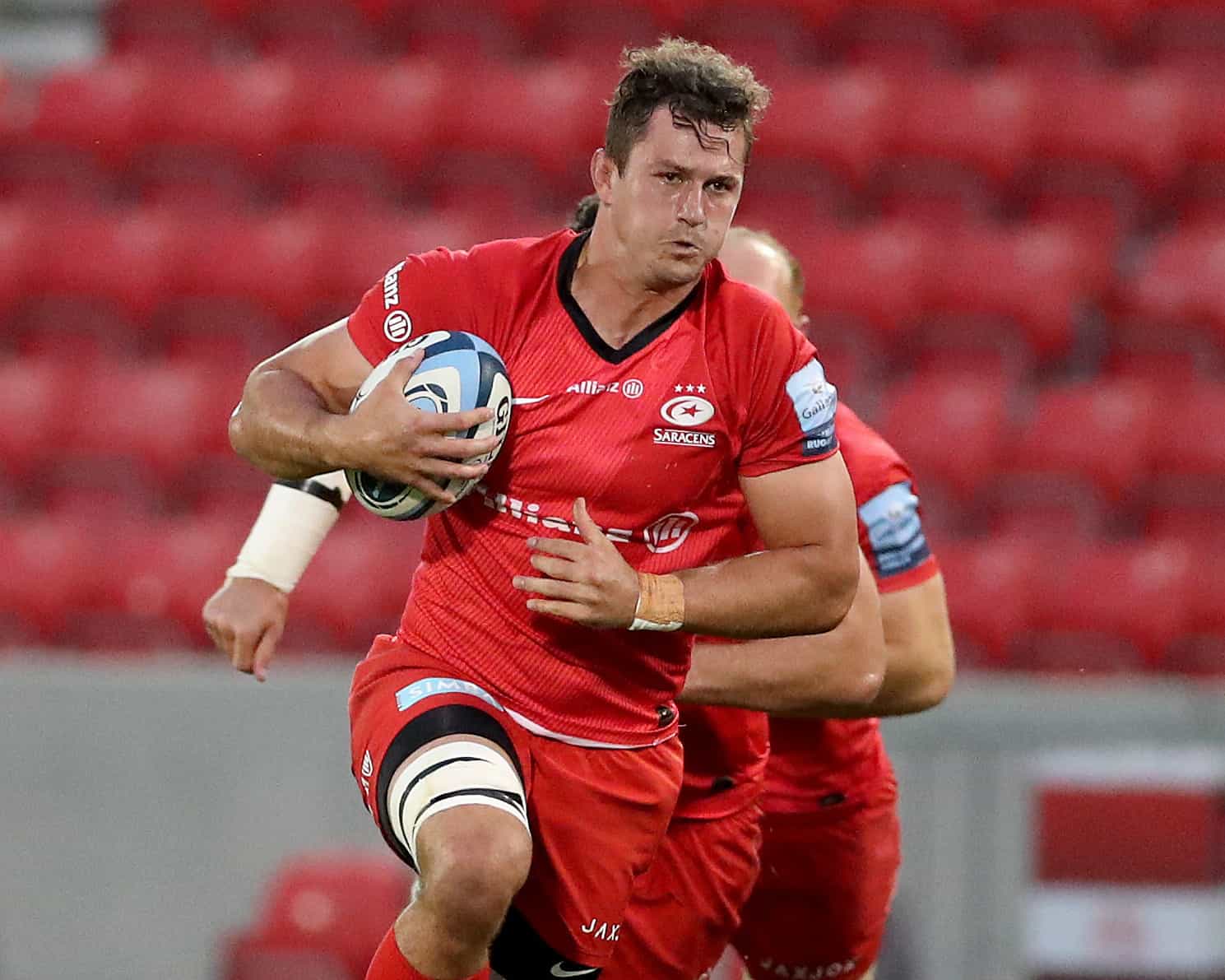 Jaco Venter will make his first Saracens and Premiership start against Exeter Chiefs on Sunday.

The summer signing from Jersey Reds has impressed in his two outings so far and features in the back row alongside Sean Reffell and captain Calum Clark.

Centre Harry Sloan comes in for his maiden opportunity in a Sarries starting jersey and is joined in the midfield by Dom Morris.

The latter vacates the wing position he held on Wednesday night for Rotimi Segun who switches from shirt number 11 to 14 after scoring his 12th and 13th tries of the season in the loss to Sale Sharks.

Elliott Obatoyinbo is back on the wing and Will Hooley lines up at full-back to complete the back three.

There are familiar pairings in the half-back slots and at second row with Tom Whiteley and Manu Vunipola, and Joel Kpoku and Callum Hunter-Hill continuing their partnerships while props Sam Crean and Alec Clarey will pack down with a fresh face in hooker Kapeli Pifeleti.

On the bench, Senior Academy back Josh Hallett could make his senior debut for the club.

As expected, Baxter is not willing to risk many of his frontline stars, just a week out from their Champions Cup clash. Instead, it will be a youthful Chiefs squad that heads to the capital to tackle last season’s Premiership champions.

Team news for the Chiefs sees Baxter go with a completely different starting XV from that of midweek. England International Don Armand skippers the side from No.8 and he will be joined in the pack by England Under-20s youngster Alfie Petch, who is set to make his first-ever Premiership start.

Behind them, Argentinian winger Facundo Cordero, centre Tom Wyatt and half-backs Joe Snow and Harvey Skinner, also get their maiden starts, teaming up in a back division which also includes the evergreen Phil Dollman at full-back.

On the bench, University of Exeter alumni Matt Johnson, Will Yarnell and Luke Mehson all get their first call-ups into a Premiership squad, as does Aussie playmaker Jack Walsh, prop James Kenny and back-row forward Aaron Hinkley. 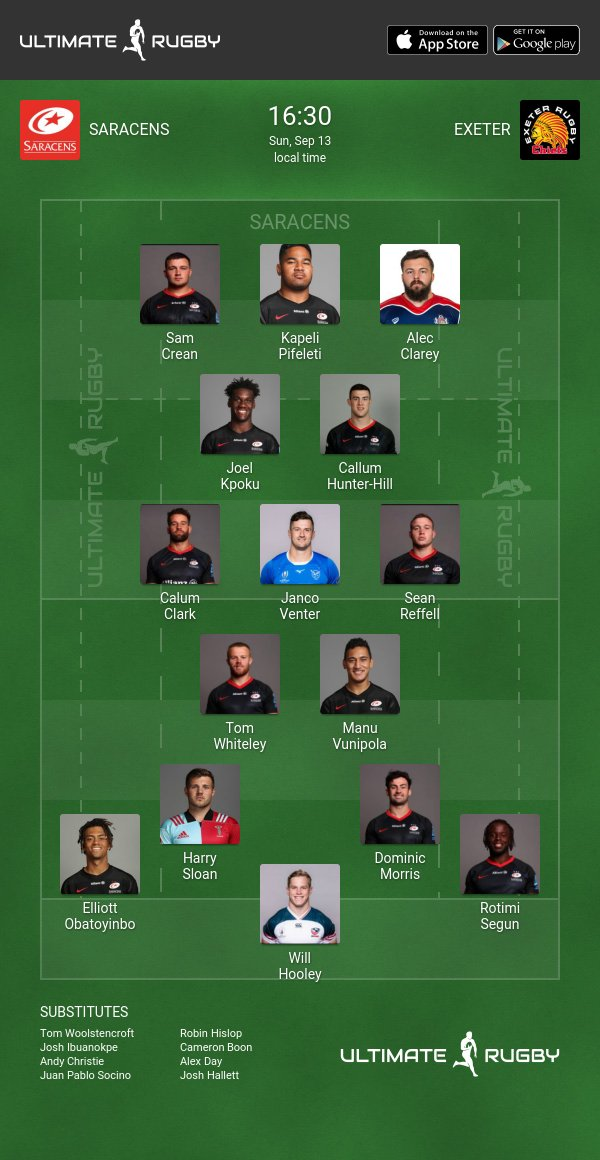 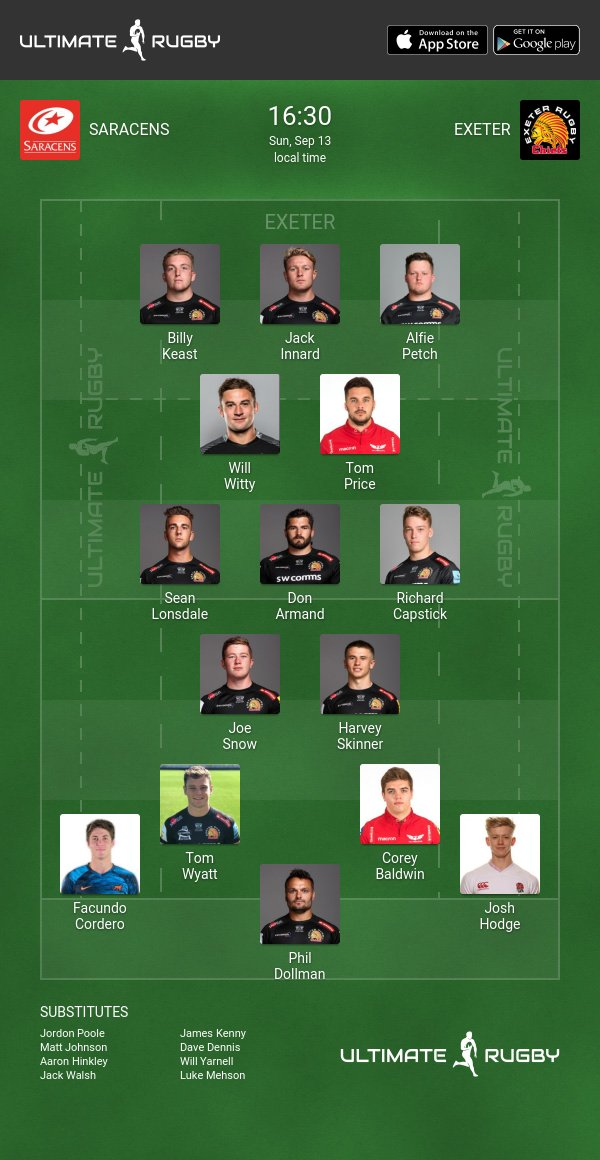