On Sunday afternoon the final standings of the Premiership will be decided with all six games kicking off at 3 pm (local).

The race for a place in the playoffs comes to an end on Sunday with four teams still in the mix for a top-four finish with Exeter the only side who has confirmed their place in semi-finals. Wasps, Bath, Sale Sharks and the Bristol Bears will all be looking to seal their place in the knockout. So what's at stake?

Bristol head into the final round of the Premiership knowing that their involvement in the playoffs is now out of their hands. They will need a favour from the likes of Worcester Warriors, Saracens or Exeter Chiefs.

A bonus-point victory for Pat Lam's side would not guarantee them a place in the playoffs as they currently sit in fifth-placed level with Sale Sharks.

A bonus-point win could see them side finish as high as 2nd overall in the unlikely case that Sale don't win with a bonus point and Bath and Wasps both lose their matches.

The only way Bristol could overtake Sale if both sides win with bonus points would be a win of over 100 points against the Exiles.

Bristol head to the Stoop to take on London Irish and although Les Kiss' side has struggled since the restart, they did pick up their first victory since February beating the Exeter Chiefs on Tuesday. The best scenario for the Exiles would see them move up one place in the standings while Leicester Tigers are unable to displace them in 10th place.

Sale Sharks face off against a Worcester Warriors side that claimed a 40-27 victory over Saracens in the penultimate round of action. Steve Diamond's opponents will be firing for a place in the Champions Cup on Sunday as Worcester hope that Gloucester slip up against Northampton and concede 8th place and a spot in the expanded Champions Cup next season.

A bonus-point victory will see Sale qualify for the knockout stages (provided Bristol don't claim a 100+ victory over London Irish) of the competition while a losing bonus point could be enough provided that Bristol or Bath fail to claim wins over London Irish and Saracens respectively.

Although they are not in the running for a playoff spot Saracens could play a crucial role in deciding the top four. Sunday's clash at Allianz Park could prove to be an extremely tricky fixture for Stuart Hooper's Bath side as Saracens play their final Premiership game before heading to the Championship.

The clash could see Mark McCall give a number of his stars the weekend off or alternatively, he could field a full-strength side to try and claim one final win in the Premiership. If Bath fail to topple the current Premiership Champions at home, they could miss out on the playoffs altogether with Sale and Bristol breathing down their necks, just a single point behind.

Bath do not require a bonus-point victory to claim a spot in the playoffs but may need one, if Wasps beat Exeter without scoring four tries, to secure a home semi-final. A victory without a bonus point for Bath will see them secure third place, at least, as they head into the final round with one win more than Sale and Bristol. 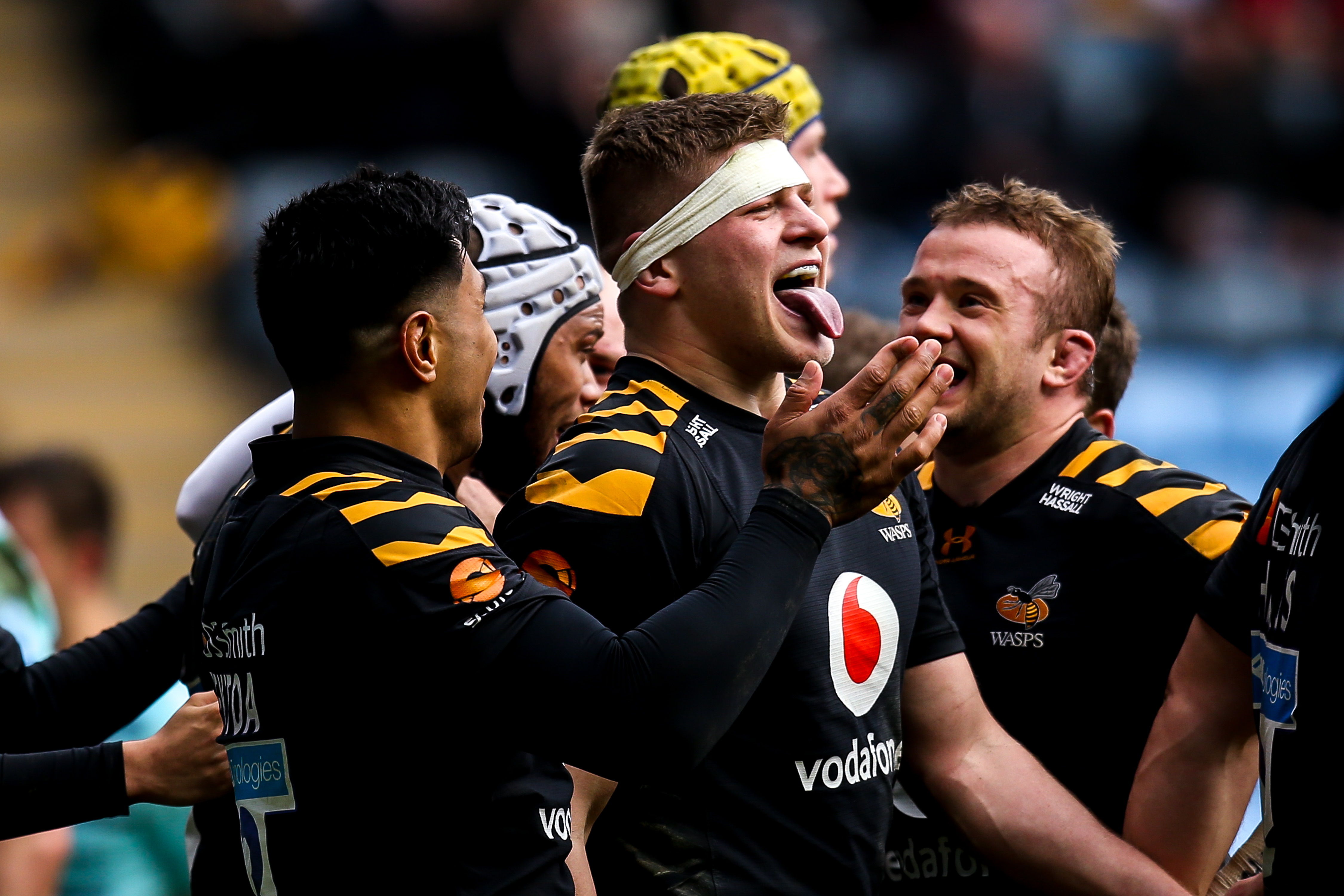 Lee Blackett's side has been one of the form sides in the competition since the resumption of the season. Wasps have lost just one game since the season restart against Sale.

The team selections for the clash at the Ricoh could prove pivotal once again as Rob Baxter may rest his stars for another week before their semi-final or he may throw them into the clash to prepare for the semi-finals after a midweek loss to London Irish.

A victory is needed for Wasps to cement a place in the playoffs. Three points in the final round could see them lose out to Bath, Sale and Bristol Bears.

A loss could see them miss out entirely but if they are to be certain of a home semi-final they will need to claim a bonus-point win over the league leaders.

While unlikely, a try bonus point draw could be enough to see them through to the knockouts.

While four teams are still in the run for a place in the knockouts and Saracens already confirmed as the relegated side, there is still plenty to play for in the final round of the Premiership for the other 8 teams.

Harlequins have already secured a place in the Champions Cup next season even if they lose their clash against Leicester Tigers on Sunday. A bonus-point win for Gloucester could see the Cherry and Whites equal their league point tally but Quins have won nine games to Gloucester's seven which will see Quins maintain their place in the Champions Cup. However, there will be an emotional farewell for Harlequins captain and legend Chris Robshaw who will be making his 300th and final Premiership appearance for the club before he heads to San Diego.

Northampton Saints and Gloucester have both struggled since the resumption of the season but both sides have the opportunity to assure that they are in the Champions Cup next season. A draw or a win for either side will do exactly that for them with Gloucester in danger of losing their place to Worcester Warriors.

The likes of Saracens, Leicester Tigers and Exeter are the only teams that are unable to better or worsen their league standings this weekend.